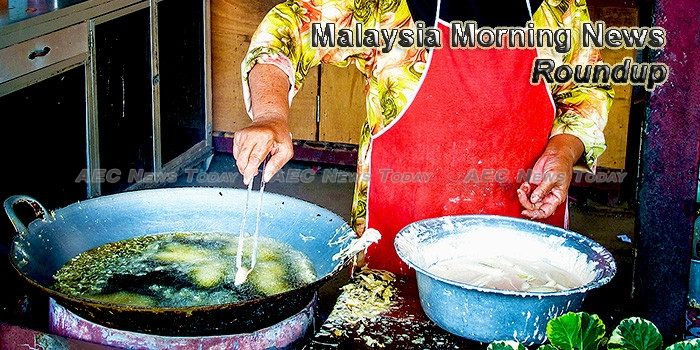 Who Will Take on Premier Najib? Malaysia’s Opposition Isn’t Sure
Malaysia’s had six prime ministers since independence and the opposition knows who it wants as the eighth. It is unsure who should be the seventh.
— Bloomberg

Netizens want authorities to regulate online trade
AS the number of online shopping transactions continues to soar, consumers are pushing for authorities to introduce some form of regulation to ensure that those who end up getting cheated have an avenue for redress.
— New Straits Times

Malaysia not fully ready to tackle climate change: Study
As the threat of severe flooding continues to rise in Southeast Asia, Malaysia’s business sustainability practitioners are the most concerned about the country’s resources to guard against extreme weather events and floods, compared to their regional counterparts.
— The Sun Daily

Dewan Rakyat approves Legal Aid Bill (Amendment) 2017
The Legal Aid (Amendment) Bill 2017 which introduced a provision that children of sexual crimes be given a legal companion service was approved in Dewan Rakyat today.
— The Sun Daily

Health Tourism Generates Economic And Job Opportunities
Health tourism is seen as an industry which boosts the country’s economy as the sector registered a growth of 23 per cent in 2016 with revenue of RM1.12 billion, up from RM914 million in 2015.
— Malaysian Digest