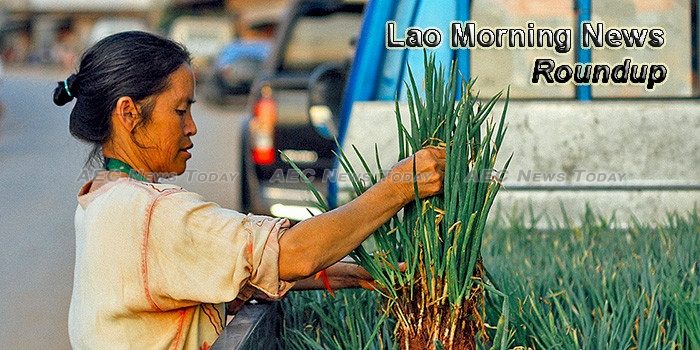 Laos signs on for hydro sustainability study while building boom continues
Efforts to improve the environmental and social sustainability of southeast Asia’s hydropower sector took a step forward this week with the signing of an agreement by the Lao People’s Democratic Republic and International Finance Corporation.
— Hydro World

Telephone number registry checks planned as decree drafted
A planned review of all mobile telephone numbers registered for use via the nation’s mobile SIM cards is to be led by the Ministry of Post and Communications aiming to ensure records are up to date.
— Vientiane Times

Laos, Japan agree to survey teaching hospital building, equipment needs
Laos and Japan are set to proceed with a survey to assist improvements at two of the nation’s designated teaching hospitals, one in the capital and the other in the southern province of Champasak.
— Vientiane Times

Lao, Vietnamese women mark year of friendship
The close relationship between Lao and Vietnamese women, which has seen them become like sisters, has been a factor in the success of the struggle for national liberation in the past and in present-day national defence and development in Laos and Vietnam.
— Vientiane Times

Private investment for Q1, Q2 exceeds 12 month target
Investment by domestic and foreign private sector climbed to more than 16,530 billion kip in the first half of this year, exceeding the target for the whole year by 10 percent, the government has said.
— Vientiane Times

Government Discusses Key Issues with Provincial Governors
Government and Vientiane Mayor and provincial governors met in Vientiane on Thursday for a two-day meeting where they will discuss key issues related to the implementation of the national socio-economic development plan.
— Lao News Agency

Mekong Bridge in Paklay-Sanakham Expected to Be Opened This Month
Official in charge of builing a bridge spanning the Mekong between Paklay district in Xayaboury Province and Vientiane Province’s Sanakham district has pledged to accelate the upgrading of the bridge to ensure it can be opened to the public by the middle of the month.
— Lao News Agency