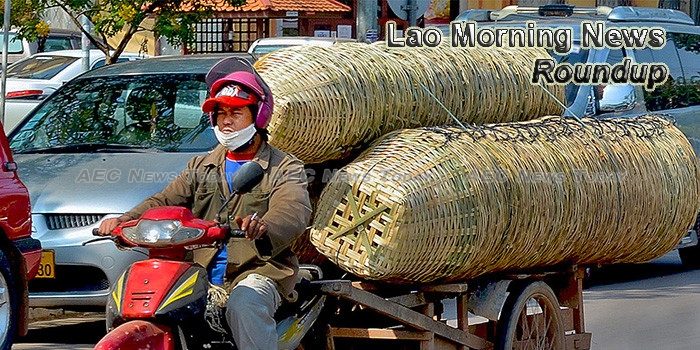 Govt to create enabling environment to promote investment
The government plans to elevate Laos’ ranking in the Ease of Doing Business table from its current position at 139 to within the top 100 out of the 190 countries assessed, by the year 2020.
— Vientiane Times

Road tax payment due now
Road users are now being asked to pay the road tax for 2017 after delays in making changes to the payment system have extended almost to the end of the year.
— Vientiane Times

Laos pins hopes on welcoming 5 million visitors in 2018
Laos launched a ceremony to initiate it National Tourism Year 2018 in the capital city Vientiane on October 28.
— Vietnam Plus

Members of parliament urged to work harder
Voters have called for members of the National Assembly (NA) to work harder to fulfill their duties, despite significant contributions in recent years.
— Vientiane Times

Visit Laos Year’ launched to promote the nation to world
Prime Minister Mr Thongloun Sisoulith invited people from around the world to visit the nation in remarks he delivered to officially launch ‘Visit Laos Year 2018’ in front of the capital’s revered That Luang Stupa on Saturday.
— Vientiane Times

Myanmar Morning News For May 26