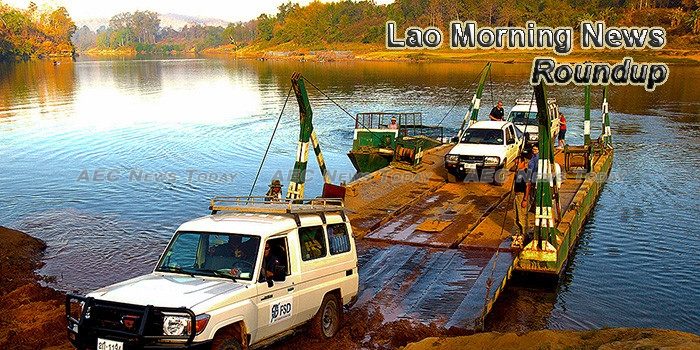 National Assembly on target with law enactment
The National Assembly (NA) has achieved a quarter of its planned target of law enactment and amendment under the current Eighth Legislature, but is urging administrative and legislative bodies to make sure that the laws passed are more effective.
— Vientiane Times

Lao Front outlines work plan for 2018
Political ideology training in particular and personnel development in general will be the main focus of the Lao Front for National Construction in the coming year.
— Vientiane Times

Lao, Myanmar Journalists Enrich Knowledge of China’s Development
Thirteen journalists from Laos and Myanmar have learned about the development of modern China and the world and the social responsibility and role of the media.
— Lao News Agency

Laos and Cambodia: the China dance
Laos and Cambodia are often seen as little more than political twins who have chosen to reap economic benefits from China in exchange for their loyalty to the Middle Kingdom – and choosing this alliance over maintaining consensus with their ASEAN family.
— Myanmar Times

Asean standard award seen as boost to tourism in Konglor
The award of the Asean Community Based Tourism Standard to the community of Konglor village in Khounkham district, Khammuan province, is expected to boost tourism in the area and bring several benefits to local residents.
— Vientiane Times

Germany commits to further development support in Laos
Germany will continue to assist Laos in its efforts towards sustainable development with a focus on natural resource and human resource management, according to the German ambassador.
— Vientiane Times