Vietnam Morning News For May 31 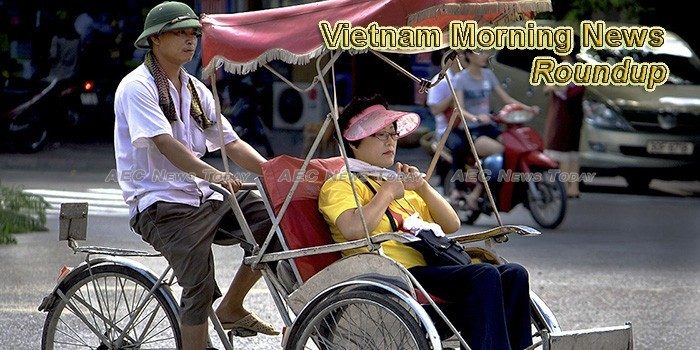 Foreign investors rush to Vietnamese plastics market
Vietnamese plastic firms are under big pressure to make restructure to be able to compete against foreign counterparts, who have made many mergers and acquisitions of domestic firms in the past few years.
— The Hanoi Times

Berjaya Corp unit’s hope to recoup US$10m dims after Vietnam court upholds key decision
A court has upheld a key judgement in Vietnam’s biggest-ever fraud case, a victim’s lawyer told Reuters, in a trial that has spotlighted the country’s ability to tackle financial crime at a time when foreign banks are heeding government calls to invest.
— The Star Online

Vietnam: Abandoned imports pile up at City ports
Following China’s ban on import of plastic wastes, a lot of them are coming instead to Việt Nam, but with consignees failing to claim shipments, the wastes are piling up at ports including in HCM City.
— Hellenic Shipping News

Vietnam tries to mobilize idle gold held by people
Some 500 tons of idle gold worth billions of U.S. dollars are estimated to be held by Vietnamese people, which would be very useful if converted into money and other assets to invest in the economy, Vietnam News Agency reported on Wednesday.
— Xinhua

Tide of shrinking foreign investment on the turn
Vietnam’s foreign investment capital attraction has been showing signs of recovery in the in first five months of this year after consecutive decreases, thanks to the issuance of the first casino licence in the past 10 years to Laguna Lang Co Integrated Resort.
— VietnamNet Bridge

Vietnam: Positive Outlook for Long-Term Trade
The growth in foreign direct investment in Vietnam, driven by its strategic location, low wages, and improvement in the business environment, is the major factor that transformed Vietnam into a manufacturing hub in the region.
— Vietnam Briefing

Why Vietnam is shutting out some materials
Vietnamese authorities have boosted inspections of scrap imports and plan to halt shipments to key ports next month.
— Resource Recycling

SOEs invested nearly $13 billion abroad in 2011-2016
Eighteen state-owned enterprises (SOEs) poured US$12.6 billion in 110 overseas investment projects as of December 31, 2016, according to a recent report delivered to the National Assembly (NA).
— The Hanoi Times

VN cement industry on the clinker road to recovery
Vietnam’s cement market is seeing the light of recovery at the end of the tunnel, thanks to the strong clinker exports.
— VietnamNet Bridge

VN’s CPI up 0.55 per cent, highest since 2012
Viet Nam’s consumer price index (CPI) inched up 0.55 per cent in May, the highest monthly increase since 2012, according to the General Statistics Office (GSO).
— Bizhub

​Dollar nears VND22,900 in Vietnam as cbank sets midpoint at year’s highest
With the State Bank of Vietnam setting the mid-point rate for the dollar/dong at the highest level so far this year on Tuesday, banks in the Southeast Asian country quoted the greenback at rates just shy of the VND22,900 mark.
— Tuoi Tre

Farmers should reduce areas farming shrimp
Farmers should reduce their volumes of shrimp at present to deal with a fall in purchasing price and wait for a recovery in shrimp prices on the world market, according to the Viet Nam Association of Seafood Exporters and Producers (VASEP).
— VietnamNet Bridge

Vietnamese firms contribute to Cambodia’s development: Ambassador
Vietnamese businesspeople in Cambodia serve as an important bridge to foster the traditional friendship between the two countries, making contributions to the development of the host nation.
— VietnamPlus

Over 52,300 new enterprises established in five months
Over 52,300 enterprises were formed nationwide in the first five months of the year, with a total registered capital of VND517 trillion (US$22.64 billion), up 3.5% in the number of new businesses and up 6.4% in terms of capital compared with the same period of 2017.
— Nhan Dan Online

Forum discusses development paths for fintech in Vietnam
The Vietnam Financial Technology (Fintech) Forum was held in Hanoi on May 30 by the Asian Development Bank, the Australian Government, and the State Bank of Vietnam (SBV) to seek ways to boost the development of fintech businesses in the country.
— Nhan Dan Online