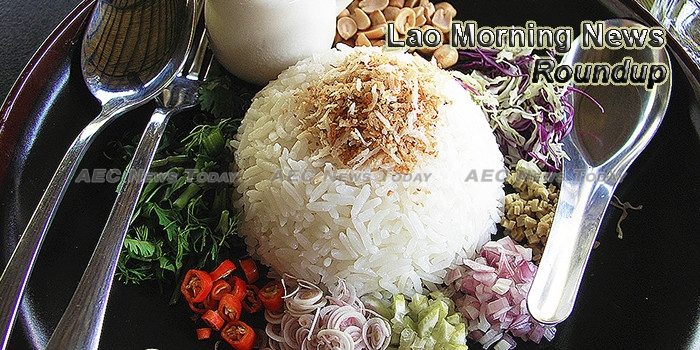 Consultation process has cleared Pak Beng dam in Laos
Construction of the controversial Pak Beng dam in Laos is to start now that the consultation process concluded on Monday, despite demands from local and international civil society groups for a day of the construction until the release of an environmental assessment report from the Mekong River Commission due later this year.
– Thai PBS

Investors Call For Head of Lao Agro Company to Step Down Amid Debt Default
Investors are calling for the director of an agricultural company running a pyramid scheme in Laos to step down after defaulting on repayment of millions of U.S. dollars, saying he no longer has the trust of the firm’s stakeholders.
— RFA

Officials Continue to Regulate Illegally Imported Cars
Government officials are attempting to address the slew of illegally imported cars in the country, by implementing measures that will prevent and regulate vehicles that are being sold in Laos unlawfully.
– The Laotian Times

NGOs Demand Halt to Pak Beng Dam in Laos
A group of NGOs on Thursday reiterated demands that the Lao government delay construction of the controversial Pak Beng dam on the Mekong River’s mainstream, days after an intergovernmental body called on Vientiane to address the project’s potential transboundary impacts.
— RFA

Govt, international organisations discuss food security project
Agriculture officials and international organisations met in Vientiane yesterday to discuss and share experiences for ensuring food security and to make sure that agricultural development provides reasonable benefits to all stakeholders in a process of agricultural growth.
– Vientiane Times

Urban water, environment improved steadily
While Vientiane has been improving its drainage network, the water quality in drainage canals and marshes is still declining relative to other cities in Asean, an audience including the city’s Vice Mayor heard in the capital yesterday.
– Vientiane Times