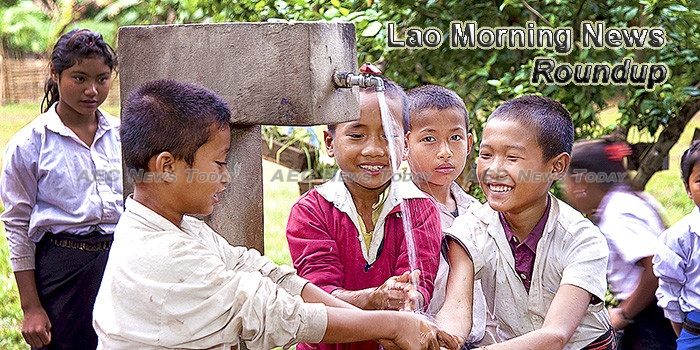 Laos plans more cattle amid export slide
DUE TO decreased demand, the value of cattle exports from Laos decreased for the first quarter of this year compared to the same period last year.
– The Nation

Korean franchise operators seek partners in Lao
BUSINESS operators from the Republic of Korea are seeking local partners to operate businesses under their franchise models in Laos.
– The Nation

Laos set to end hunger by 2030
Laos is committed to reducing food insecurity and malnutrition to levels that would be considered insignificant by 2025 and to eliminate both by 2030 in line with the National Nutrition Strategy, Minister of Agriculture and Forestry Dr Lien Thikeo has said.
– Vientiane Times

World Bank funds growth in 3 nations
THE WORLD BANK is supporting 43 active projects in Laos, Myanmar and Cambodia, with commitments of over 2.7 billion US dollars (Bt92bn) as of June, according to a recent report.
– The Nation