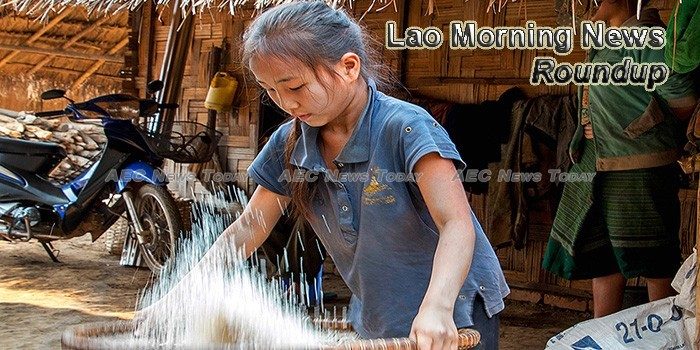 Restoring the Phou Phanang forest: Lao youth dig in
Digging the soil and planting saplings in the hot outdoors is hard work, but brings personal satisfaction for the many young people who are trying to restore the forest areas in their native villages in Phou Phanang forest in Lao PDR.
— Mekong Commons

Ministry rallies public support for HIV/AIDS prevention
The Ministry of Health is calling for the public’s support, particularly from young people, in the campaign to prevent HIV and AIDS, with a target to end the epidemic by 2030.
— Vientiane Times

917 People Killed in Road Accidents
Traffic Police Department, Ministry of Public Security has reported that 917 lives have been killed in road accidents nationwide over the past 11 months with Vientiane Capital sharing the highest number of road accident casualties.
— Lao News Agency

Tourist arrivals fall by 9 percent in Jan-Sept
The number of foreign tourists visiting Laos in the first nine months of this year dropped by 9.1 percent to just over 2.88 million people compared to the same period last year.
— Vientiane Times

Police officer implicated in seizure of illegally felled timber
Eleven lengths of rosewood timber were found loaded on a Toyota Fortuner driven by a police officer in Attapeu province, a provincial source has said.
— Vientiane Times

2nd Japanese Film Festival Launched to Promote Cultural Exchange between Laos and Japan
The Japanese Film Festival was launched on Dec 16 in the presence of Japanese Ambassador to Laos Takeshi Hikihara, invited guests from the Department of Cinema of the Ministry of Information, Culture and Tourism, celebrities and journalists.
— Lao News Agency