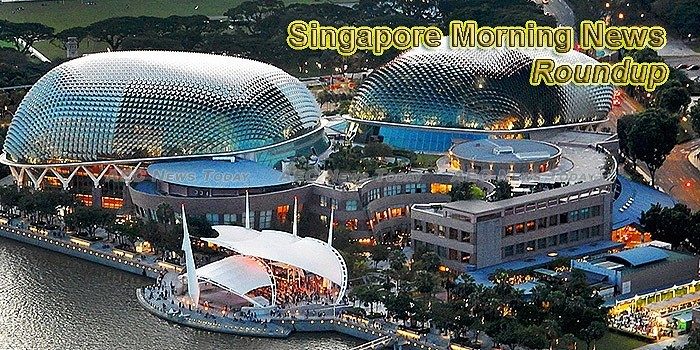 Singapore’s perceived openness to blockchain, cryptocurrency tech a cybersecurity risk: CrowdStrike VP
There is a need to be aware of online threats revolving around cryptocurrencies like bitcoin and blockchain given how Singapore is being seen as “favourable” to such technologies, CrowdStrike vice president Adam Meyers suggested.
— Channel NewsAsia

End of an era as Epicentre and Apple part ways in Singapore reseller split
For many years, Epicentre served as one of the few authorised resellers for Apple in Singapore.
— Channel Asia Singapore

Singapore government keeps pace in residential land supply for H2 2018
THE Government will be launching six land parcels for sale in the second-half of this year on the Confirmed List of the Government Land Sales (GLS) Programme, including the first hotel site in several years.
— The Business Times (paywall)

Singapore in drive to export modern construction to India
The city state’s construction regulator, BCA is several years into a drive to promote prefabrication in the Singaporean construction industry.
— Global Construction Review

Wealth manager Navicom International expands into Singapore
The firm has secured a capital markets services (CMS) licence from the Monetary Authority of Singapore (MAS) and the new office is expected to be operational by the end of this year. It will offer fund management services to investors with net assets of more than $1.4 million or with an annual income higher than $220,000.
— International Investment

Has Singapore over aligned itself with “Chineseness”?
For once I agree with former diplomat Bilahari Kaukisan who has said at a recent conference that: “When the Chinese try to impose a Chinese identity on Singapore, we must resist, because modern Singapore is based on the idea of being a multiracial country.”
— The Online Citizen

Sky-high projections show a slice of Singapore history
Visitors and Singapore residents alike are flocking to a multimedia show atop the ION Sky, the tallest building in Singapore on the city state’s Orchard Road. Driven by disguise 4x4pro and 2x4pro media servers, the attraction offers a glimpse of the history and heritage of Singapore and Orchard Road when the area was little more than fruit and nutmeg plantations.
— AV Magazine

Public and private sector partnerships in defence technology throw up ‘tough questions and moral dilemmas’: Ng Eng Hen
With governments ploughing huge investments in technology and increasingly working with the private sector to develop defence capabilities, there are risks and dilemmas which countries have to grapple with, said Defence Minister Ng Eng Hen on Wednesday (June 27).
— Today Online

Vietnam morning news for May 13