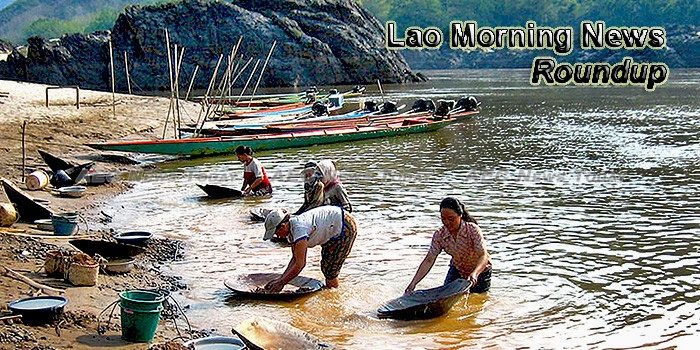 Want to Invest in Laos? This is Why You Shouldn’t
Laos is one of the fastest growing nations in Asia. Strong exports and a burgeoning service sector helped its economy surge by 6.8% in 2016. The Asian Development Bank predicts even faster GDP growth of more than 7% going forward.
— InvestAsian

Prime Minister Gives Guidance on SDG Implementation
​On Aug 10, the first meeting of the National Steering Committee on the Implementation of Sustainable Development Goals (SDGs) was held in Vientiane to discuss direction on the implementation of the UN’s SDG, also known as Global Goals in the Lao PDR.
— Lao News Agency

Achieve lagging millennium goals, targets, PM instructs
Prime Minister Thongloun Sisoulith has said the implementation of the Millennium Development Goals (MDGs) should be continued since the country has fallen short of achieving some of the targets.
— Vientiane Times

Over 400 People Infected with Dengue Viruses in Attapeu
Over 400 peoples have been infected with dengue viruses with one life claimed by the mosquito born disease in Attapeu province so far this year, according to Deputy Director of Attapeu Provincial Health Department, Mrs Phoupasong Sisoulath.
— Lao News Agency

New road to reduce traffic congestion in capital’s south
A 26.2-km road under construction is also designed to serve as an embankment to prevent flooding in Vientiane and also handle rising numbers of vehicles from other parts of the capital.
— Vientiane Times