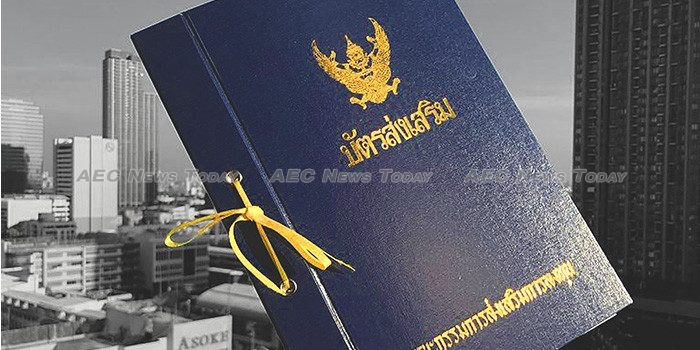 A recent survey by English freelance marketplace PeoplePerHour rated Bangkok as the best city in Asia (and seventh-best in the world) in which to launch a startup. However, one founder’s account of the bureaucracy in starting a business in Bangkok calls into question whether the city deserves such a high distinction. At the very least the paper chase for obtaining the lucrative incentives dangled tantalizingly in front of would be foreign investor startups by the Thailand Board of Investment (BOI) is one best suited to marathoners, rather than sprinters.

PeoplePerHour’s StartUp City Index is based on seven criteria including quality of life, the cost of living, rental costs, and the ease of legally starting a business. In the survey Bangkok ranked well ahead of Kuala Lumpur at number 11 globally, and Singapore at number 12. No other Asia, or Asean member city made it into the StartUp City Index 2017 top 25 globally.

Much of that support comes in the form of lucrative incentives for starting businesses: The Thailand BOI offers a number of lucrative benefits to startups in certain targeted areas under the Thailand 4.0 strategy, including software development. Incentives include, but are not limited to:

In a recent blog post, Ty Kroll, co-founder of marketing analytics firm Outsmart, describes in detail how taking advantage of the Thailand BOI incentives is not as easy as simply filling out a few forms and saying “lets go”.

According to Mr Kroll, clear guidance is lacking for those looking to start a BOI business in Thailand. “Details were sparse with most info coming from local legal offices who, when contacted, were quick and happy to help for a price of around Bt200,000 (about US$5,980) or more,” Kroll wrote.

Having read that the Thailand BOI process was free, Mr Kroll and his partner, Richard Persson, decided to go through the process themself, not knowing exactly how time consuming and at times frustrating the process would be. To make things more difficult, there was no one-stop service hub. A different department handled each step of the process, meaning the duo had to navigate a veritable alphabet soup of Thailand government agencies.

Then followed incorporating the business at the Department of Business Development (DBD), back to the BOI to get approved for incentives, back to the BRD to register as a BOI company, and a trip to the Department of Labour (DoL) to apply for work permits, a visit to two banks, and then back to the OSOS. The pièce de ré·sis·tance? A trip to Singapore where they were required to write a letter inviting themselves to Thailand because their visa was the wrong class.

To say that there is more than a modicum of disconnect between the various Thai government agency requirements would be an understatement, which was compounded by the difficulty at times in attempting to communicate in English.

With so many agencies involved Messrs Kroll and Persson crisscrossed greater Bangkok multiple times over the time it took to set up their company. There was no way around it, Mr Kroll said. The online forms that would have streamlined the process were mostly non-functional.

“We were told [the online business incorporation application] has never really worked unless you use Windows 7 with Internet Explorer 8 or some other obsolete combination.”

While the BOI was fine with the team working from a co-working space, the DBD demanded a registered office address; To submit their company registration application they need a company stamp for the company which had not yet been registered; Their paid up capital of 25 per cent of the company’s value needed to be transferred from abroad, in order to get the BOI certificate which would entitle them to obtain work permits… while the staff at one of Thailand’s largest bank’s told them was necessary to first have work permits in order to open a bank account into which they could receive the overseas transfer in order to qualify for work permits.

“We headed down Kasikorn Bank (KBank) and submitted the BOI documents, but the bank need to see work permits. We attempted to explain that we can’t get work permits without first setting up a bank account. The bank account was needed to complete the final step in our incorporation process, and we need that to get the work permits.

“He firmly rejected us and said that the rules in Thailand state all foreigners must show a work permit and three months of salary slips to be allowed to open a bank account. We also needed a VAT number, he rudely added, as he pushed our document back at us.

“We couldn’t understand what he was talking about. Was he making up rules? This did not make any sense. How could we ever complete our incorporation process if the necessary tasks required each other? And what about this VAT number?

“The next day we went to a different bank, Bangkok Bank, hoping for better luck. The staff were efficient, helpful, and keen to get us going and had no issues with us being without work permit. They easily found our VAT number on the front of the first page. After an hour of paperwork, stamping, and signing, we had our corporate bank account”, Mr Kroll wrote.

Making the entire process even more stressful for the pair was that very few people they dealt with at some government agencies were familiar with the process of starting a business in Thailand, leading to many time-wasting “chicken and egg” situations.

All this red tape and running around the city took a toll on the would be entrepreneurs. “We felt stressed and wondered if we would ever get this company set up,” Mr Kroll said.

After a little more than six weeks of determined effort Mr Kroll and his partner officially launched their legally registered, Thailand BOI approved startup. But it was a far more Herculean task than Bangkok’s high ranking on the PeoplePerHour index might suggest.

Having successfully blazed a trail through the Thailand BOI application and company registration bureaucracy and with the stress of the paper chase behind them, Mr Persson, has detailed the various steps and requirements in a second blog article, How to setup a startup in Bangkok. along with advise and information on what to expect and the costs involved.

Of the Thailand Board of Investment (BOI), Messrs Persson Kroll needed to visit five times, Mr Persson says: “The overall experience with the representatives working at BOI’s head office was great. There was enough staff that could speak English, and they assisted us with any type of help we needed to fill in our application”.

Of Thailand’s Department of Business Development (DBD), which required four visits, Mr Persson says: “The overall experience with the representatives working at DBD’s head office was mixed. In most cases, we were totally ignored. We suspected that it was because the staff couldn’t help us in English. They seemed to direct us around between departments to get rid of us and our likely annoying questions”.

Of the four visits necessary to the One Start One Stop (OSOS) Investment Centre, Mr Persson says: “This is also a great place to start your whole BOI process. They speak great English and can help you with information and assist in filling out the BOI application needed in the first step at BOI’s head office at Chatuchak.”

Speaking with AEC News Today Mr Kroll said ‘Most business lawyers will tell you it is a complicated, laborious, and painstaking process that will take three to six months to complete. But setting up a Thai company and applying for Thailand BOI privileges is totally doable, even for someone who does not speak or read Thai.

“It was an interesting, often ridiculous experience and we learned a lot, but it wasn’t that complicated. It took about six weeks from start to finish, There were no unofficial payments required and we saved about Bt150,000 ($4,885) in the process”, he added.