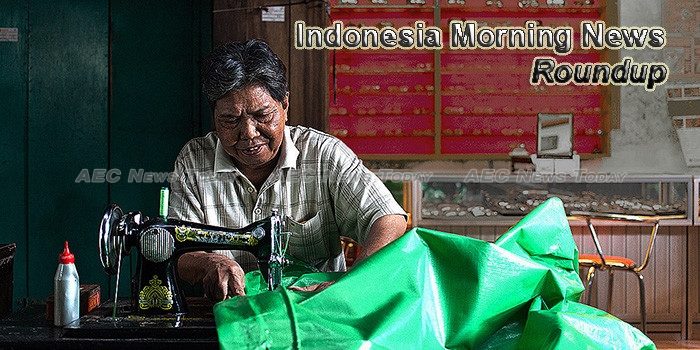 Children’s Education: Singaporeans Biggest Spenders, But More Indonesians Paying
When it comes to spending on their children’s education Singaporeans are the biggest spenders in Asean according to a recent survey by HSBC, but Indonesia has the highest proportion of parents paying for private tuition.
— AEC News Today

Indonesia raises 17.5 trillion rupiah of bonds, above target
The government sold T-bills maturing in December 2017 with a weighted average yield of 4.53030 percent, lower than 4.90700 percent at the last auction on Sept. 5.
— Nasdaq

Indonesia to trace and tax assets hidden during amnesty
Indonesia’s government has issued new regulations aimed at tracing and taxing the wealth of taxpayers who were not pardoned in the nine-month tax amnesty that ended in March.
— Straits Times

YouTube Go launched in Indonesia
Available for download through the Play Store, the app is said to offer users with a poor internet connection reduced data consumption.
— The Jakarta Post

Government mulls increasing ceiling on import taxes
The government is considering to increase the ceiling for import taxes on goods purchased in other countries by travelers, currently US$250 for individuals and $1,000 per family.
— The Jakarta Post

Government deregulates several policies for foreign cruise ships
The government has come up with easier regulations for cruise ships and yachts that wish to enter Indonesia, one of them is online registration
— The Jakarta Post

Indonesian startup investment hits US$3bil in 2017: Google – AT Kearney
INVESTOR confidence in Indonesia’s startup market is rising with investment growing 68 times over the past five years to reach US$1.4 billion in 2016 and jumping to US$3 billion in the first eight months of 2017.
— Digital News Asia

Xendit collaborates with CyberSource to simplify payments in Indonesia
One of the world’s largest providers of eCommerce payment management services, has collaborated with Xendit, a fast-growing payment service based in Indonesia.
— Business Insider