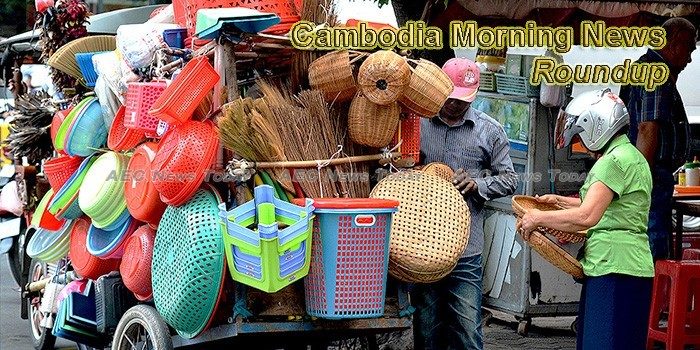 Civil society groups slam gov’t web-monitor group
Some 116 organisations and associations have urged Cambodian officials to dismantle the new inter-ministry working group that was recently set up to monitor social networking sites, claiming it is an “abuse on the rights and freedom of expression via the internet”.
— The Phnom Penh Post

Prime Minister unveils plan for new road along Thai border
The government yesterday announced its intention to pitch a new project to China that would consist of a road along the border with Thailand connecting the provinces of Pailin and Koh Kong.
— Khmer Times

Kingdom falls in peace survey
Government officials denounced a report from an Australia-based think tank, calling it “foolish” and “unrealistic”, after it lowered the Kingdom’s rank on its peace index, citing the dissolution of the Cambodia National Rescue Party (CNRP) as a primary reason.
— The Phnom Penh Post