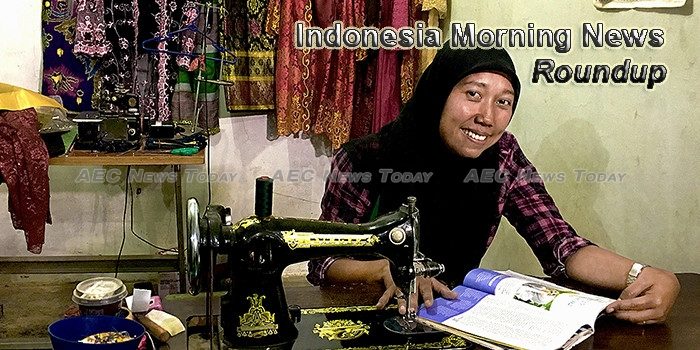 Indonesian startup wages war on plastic with edible cups
Jakarta food and beverages retailer Ong Tek Tjan sells ice cream in cups his customers can eat afterwards, instead of throwing away – they are made from seaweed and taste like jelly, in flavours from peppermint to green tea.
— Bangkok Post

Economic growth in 2018 stagnant at 5%: Economists
Several economists have expressed their doubt that the target of 5.4 percent economic growth as stipulated in the 2018 state budget could be achieved, after weak growth of only 5.03 percent in the third quarter of 2017.
— The Jakarta Post

Indonesian Coal Miners Looking for Acquisitions to Boost Capacity
On a year-on-year basis, the HBA has risen nearly 12 percent. Meanwhile, Newcastle Coal Futures (for March Delivery) have jumped nearly 16 percent since the start of the year.
— Hellenic Shipping News

Welcoming Upcoming Bogor-Ciawi-Sukabumi Toll Road, BTN Inaugurates Branch Office in Sukabumi
PT Bank Tabungan Negara (Persero) Tbk (BBTN.JK) is preparing a business strategy by picking up the ball when the government is planning to build a toll road that will connect Bogor-Ciawi-Sukabumi or Bocimi.
— Netral News

Bali and Beyond Exhibition to Target Chinese Tourists
Indonesia’s Tourism Ministry will hold the Bali and Beyond exhibition on Nov. 26-27 at Amoy Plaza in Hong Kong to try to attract more Chinese tourists to Indonesia.
— JakartaGlobe