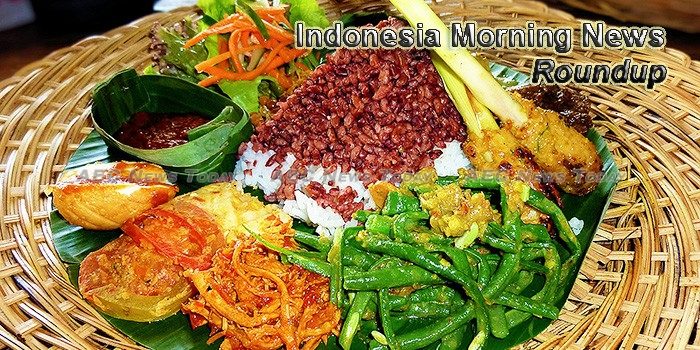 Economy of Indonesia: “GDP Growth in First Half 2017 below Estimates”
The central bank of Indonesia (Bank Indonesia) expects the nation’s gross domestic product (GDP) growth to be below earlier estimates in both the first and second quarters of 2017. However, the lender of last resort remains optimistic that Indonesia’s full-year economic growth can reach a pace of 5.2 percent year-on-year (y/y), accelerating from 5.02 percent (y/y) in the preceding year.
— Indonesia Investments

Indonesia manufacturing activity improves as input price inflation hits 18-month high
Indonesia’s manufacturers enjoyed a second month of growth in new orders and export business, according to an April survey, helping to offset pressure from the rupiah’s weaker exchange rate against the dollar, which pushed input costs up at the fastest pace in a year and a half.
— Financial Times

Indonesia considers moving sinking, traffic-choked capital of 13 million
Plans are afoot to relocate the capital of Indonesia, as a drastic solution to reports that the sprawling metropolis of Jakarta, already plagued by traffic jams, is also sinking.
— Irish Independent

Indonesia’s Chocolate Rush Worth Rp 15 Trillion
Indonesia is going to consume 99,000 tons of chocolate this year, establishing a Rp 15 trillion ($1.13 billion) domestic market, which drives the country’s transformation from a raw cocoa exporter to its net importer, according to a report by global research company Mintel.

Indonesia Rolls Out Red Carpet For Asean Neighbors
Indonesia will make it easier for tourists and traders from Thailand and the Philippines to enter the country by opening up new shipping and flight routes connecting the three regions.
— Malaysian Digest

Indonesia, Philippines pledge to launch sea patrols against extremists
The Palace said the bilateral meeting between Duterte and Widodo will be an opportunity for the two leaders to continue discussions started during the President’s state visit to Indonesia in September 2016.
— Normangee Star

The high cost of destructive fishing practices
Indonesia, the largest archipelagic country in the world, has a vast water area, covering a total of 5.8 million square kilometers.
— The Jakarta Post

Activists rally in Medan, others spend May Day donating blood, food
Labor unions in Medan, North Sumatra, have marked May Day with various activities. While some took to the streets to demand salary increases on Monday, other labor activists arranged blood and food donation events.
— The Jakarta Post

Indonesia lags behind in eradication of HPV virus
Celebrity Julia Perez, who is now in critical condition from late stage cervical cancer, and has attracted sympathy from top public figures, has cast a spotlight on the need for the country to eradicate the virus that triggers the disease.
— The Jakarta Post

KOMINFO Indonesia working on number of initiatives to boost digital start-up ecosystem and support SMEs
The Ministry of Communications and Informatics in Indonesia (KOMINFO) announced last week that the the 1000 Startup Digital National Movement Program has completed the incubation stage in the first batch of three cities, Jakarta, Surabaya and Yogyakarta.
— Open Gov