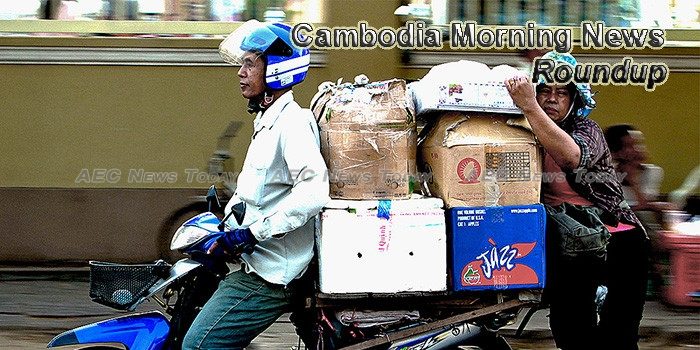 Cambodia Deploys Security Forces Ahead of Court Ruling on Opposition Party
Cambodia’s government is building up the presence of security forces across the country in anticipation of a public outcry in response to a court decision that could see the main opposition Cambodia National Rescue Party (CNRP) dissolved in the lead up to next year’s general election.
— Radio Free Asia

MFI lenders hedge safer bets after limit on rate of interest
The number of borrowers from microfinance institutions (MFIs) decreased by 5 percent during the third quarter of this year compared to the same period last year, a trend that industry insiders claim is due to operators attempting to strengthen the quality of their loans and to the impact of the 18 percent interest rate cap.
— The Phnom Penh Post

Cambodia’s opposition counts down the hours to dissolution
Strongman Hun Sen confident that judge – a senior member of his party – will rule to eliminate election rival today.
— The Nation

Cambodia to Increase Number of Peacekeepers by 15 Percent
Tea Banh, Minister of National Defense said that Cambodia would increase the number of Cambodian female peacekeepers by 15 percent to join the United Nations peacekeeping mission.
— Fresh News

British and Canadian backpackers die in Cambodian hostel
A British tourist and her Canadian friend have been found dead at a backpackers’ hostel in Cambodia.
— BBC News