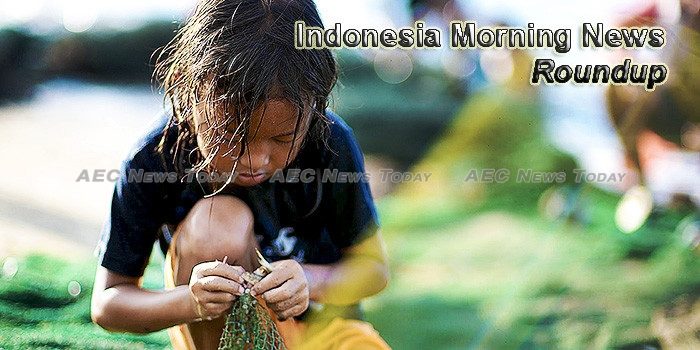 IDR167 Trillion for Cash Exchanging Service during Idul Fitri Holiday
Indonesian Bank Deputy Governor Sugeng stated that around IDR70 trillion of the new 2016 edition cash would be made available for those who wanted to change their money during Eid by the end of June.
— Netral News

Indonesia bows to outcry, revises tax examination plan
The Indonesian government has decided to revise its plan to examine financial data on the back of major outcry from micro, small and medium enterprises (MSME). The government, through the Tax Office, only requires those with bank accounts with a minimum balance of Rp 1 billion (US$75,148.50) to be subjected to the scheme, higher than the initial plan of Rp 200 million.
— The Jakarta Post

Huibert Vigeveno: Indonesia Forms an Important Market for Shell
Vigeveno said Indonesia is among the most important emerging market economies for Shell as it has a huge population and a rapidly expanding middle class that is increasingly consuming energy.
— Indonesia Investments

Textile Chemical Industry Can Grow 5.4% by Year End
The government believes the chemical, textile, and miscellaneous industry (IKTA) sector can grow by 5.4% by the end of 2017, based on the increase of activities in that sector in Indonesia.
— Netral News

Freeport ‘on path’ to new Indonesia mine deal this year, CFO says
Freeport-McMoRan Inc, the world’s largest publicly traded copper miner, is “on a path” to get a new mining deal with Indonesia this year for its giant Grasberg mine, Chief Financial Officer Kathleen Quirk said Thursday.
— Reuters

Steady progress in Sumatra for Bass
INDONESIAN oil producer Bass Oil says it suffered some minor disruptions to operations in May, mainly due to extensive rainfall, but still managed to produce some 9600 barrels of oil.
— PNG Industry News

Wimboh Elected OJK Chief Commissioner
Wimboh Santoso was elected the Financial Service Authority or OJK chief commissioner yesterday, June 8. At the election held by the House of Representatives (DPR) Commission I, Wimboh win in a landslide over his closest rival Sigit Pramono.
— Tempo.co

Government urged to revise palm oil bill
Several experts have urged the government to revise the draft of the palm oil bill as they consider it too lenient to companies producing the commodity and fear it could in turn threaten forest sustainability.
— The Jakarta Post

UNCTAD Improves Indonesia’s Prospective Investment Destination Rating
Indonesia has improved to fourth place as a prospective investment destination for 2017-2019, based on a survey by United Nations Conference on Trade and Development (UNCTAD).
— Netral News