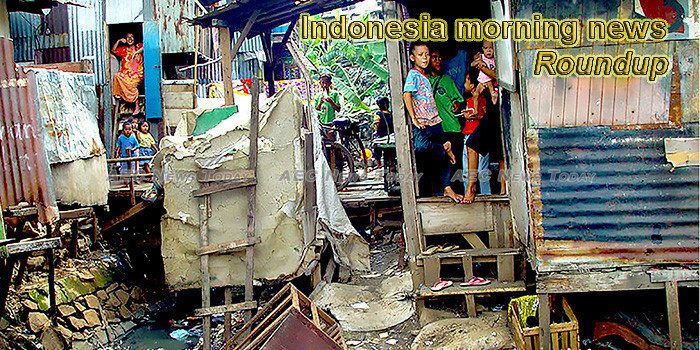 What Are Indonesia’s Minimum Wages By Province in 2019?
Based on a circular that was issued by Indonesia’s Manpower Ministry on 15 October 2018, the Indonesian government plans to raise provincial minimum wages by 8.03 percent in 2019.
— Indonesia Investments (media release)

Safeguarding Indonesia’s development from increasing disaster risks (video)
Imagine that you live near one of the 127 active volcanoes in Indonesia, threatened by the next eruption that could endanger your family.
— AEC News Today (video)

PDIP: Jakarta`s Zero Down Payment Housing Not for the Poor
Jakarta Governor Anies Baswedan said his housing program called the citizen’s housing solution (SAMAWA), which was initially known as the zero percent down payment program, is meant for Jakarta`s middle-class that earns an income up to Rp4-Rp7 million per month.
— Tempo.co

5 bird species lose protections, more at risk in new Indonesia decree
A new decree from Indonesian authorities drops five bird species from a newly expanded list of protected wildlife, and potentially sets the stage for more to follow by widening the scope under which protected status can be rescinded.
— Mongabay.com

Indonesia’s President Suddenly Looks Vulnerable
Indonesian President Joko Widodo was riding a wave of popularity a few months ago, with most pundits and pollsters predicting he would easily win a second five-year term in next April’s presidential election.
— Wall Street Journal

Indonesian Minister of Agriculture Amran opens export market of mangosteen to Taiwan
Under the leadership of Andi Amran Sulaiman, Indonesia’s Ministry of Agriculture aims to increase the export volume of various food commodities. Its goal is to spur on the national economic growth and strengthen the rupiah exchange rate, a goal they think can be certainly realized.
— Fresh Plaza

Australians question how aid money is being spent in Indonesia after shift to ‘aid investment’
Australia pledged $5.5 million in relief aid to Indonesia earlier this month in the wake of an earthquake and tsunami that killed more than 2,000 people and displaced millions more, but the pledge has sparked an online backlash over how Australian aid money to Indonesia is being spent.
— ABC News

Indonesia and Malaysia Lead in Upcoming Oil and Gas Projects Count in Southeast Asia to 2025, Says GlobalData
A total of 47 crude and natural gas projects are slated to commence operations in six countries across Southeast Asia over the period 2018 to 2025.
— OilVoice

Official Says Only Five Percent Of Jakarta’s Children Are Physically Fit
Jakarta’s children face high health risks, as only 5 percent are deemed to be physically fit, a youth official has said.
— Indonesia Expat

Indonesia Commits to Ocean Sustainability with Ocean Conference
Jakarta – Foreign Affairs Minister Retno Marsudi together with Minister of Maritime Affairs and Fisheries Susi Pudjiastuti are set to team-up upon holding a world level conference entitled `Our Ocean Conference` that will be held in Bali on October 29-30.
— Tempo.co

LIPI to Study Swarms of Jellyfishes at Ancol Beach
A recent phenomenon that captured public`s attention happened in Ancol beach where a myriad of jellyfishes swarmed the coastline at one of Jakarta`s popular beach destinations.
— Tempo.co

Indonesia on the verge of a connectivity revolution
Forty-two years after Indonesia launched Palapa A1 to become the world’s first developing country to use satellite communications, it is now on the verge of completing the Palapa Ring, a 67,887-kilometer broadband fiber optic cable network stretching the length and breadth of the sprawling archipelago.
— Asia Times