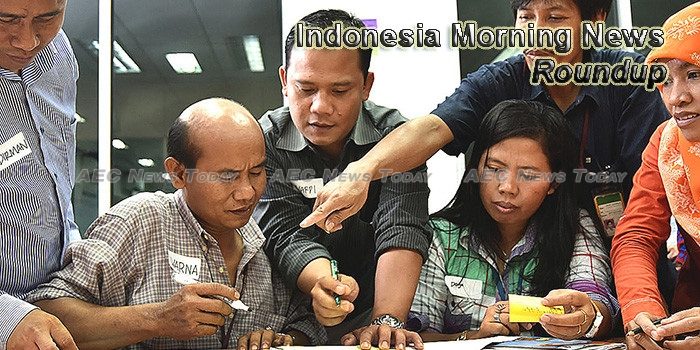 Bank Indonesia rate cut shows comfort with outlook
The benchmark rate was cut by a quarter point to 4.5%, with all but six of the 28 economists surveyed by Bloomberg having predicted it would stay on hold.
— Bangkok Post

Indonesia tests if 7th rate cut can lift frustratingly soft consumption
A cut in interest rates by Indonesia’s central bank may not be enough to give sluggish consumer spending a jolt, as weakness in purchasing power and a reluctance by banks to lend undercuts efforts to boost Southeast Asia’s biggest economy.
— Reuters

Indonesia outlines details of Su-35 offset programme
the MoD confirmed that the Su-35 procurement programme is worth USD1.14 billion, and that half of the contract’s value – about USD570 million – will be financed through a counter-trade programme
— Jane’s 360

Tobacco Import Restriction Threatens Small Cigarette Manufacturers
In the regulation that will be published in late August 2017, the import of several tobacco variants, including Virginia and Oriental will be limited.
— Netral News

Indonesia`s palm oil exports increase by 25 percent
The exports of crude palm oil, palm kernel oil, and its derivatives, including oleochemical and biodiesel, have reached 16.6 million tons during the first semester.
— Antara

US to tax Argentine, Indonesian biodiesel imports
The action was spurred by complaints from a coalition of US producers who said the imports constituted unfair competition.
— Channel NewsAsia

This startup is bringing Alipay-style QR code payments to Indonesia
Pundi Pundi offers a micro-credit systems that lets its users keep a balance of under $40 that can be used with its 600 plus merchants, which span convenience stores, noodle sellers and hawker centers.
— TechCrunch

Malaysia Allows Drug Trafficking in Indonesia: BNN
Malaysia has a legal system which is different from that of Indonesia, that does not allow (foreign) interference when its citizens are involved in drug trafficking
— Tempo (EN)

Garuda Indonesia Signs MoU on Cooperation with Vietnam Airlines
Both airlines are expanding their cooperation agreements with routes of Hanoi/Ho Chi Minh-Singapore-Jakarta/Bali. The expansion of partnerships between the two airlines is expected to contribute to developing the Skyteam Alliance.
— Netral News

Indonesia Eyes Rp131.5tn Worth of Trade with Vietnam
According to Enggartiasto, Indonesia has several signature commodities to be exported to Vietnam -including palm oil and cars.
— Tempo (EN)

Indonesia to continue blowing up illegal fishing vessels
In a recent interview, Minister of Marine Affairs and Fisheries, Susi Pudjiastuti made it clear that she has no intention of putting the explosives away.
— Nikkei Asian Review (paywall)

These 3 companies owe Indonesia millions of dollars for damaging the environment. Why haven’t they paid?
Amid public pressure to prosecute rogue firms, the ministry has filed one lawsuit after another, coming away with several victories. Forcing them to pay, however, has proved an entirely different matter.
— Mongabay