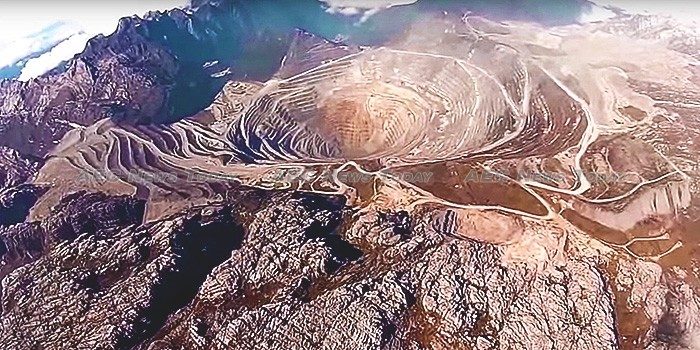 Freeport-McMoRan (Freeport), the largest mining company operating in Indonesia, may soon be exiting after fifty years of doing business in the country. Hanging in the balance is the fate of Grasberg, a copper and gold project that is the world’s largest gold mine.

The catalyst was a January regulation requiring the company’s local subsidiary to convert its Contract of Work (COW) to a special mining license (IUPK). The firm has provided the government with a notification of its intent to seek international arbitration if it cannot obtain an acceptable outcome in the coming months.

If filed, such a claim would be among the largest in history and have serious consequences for foreign investors in Southeast Asia’s largest economy.

As a primer, several points are relevant. First, Indonesia decided, following the 2009 Mining Law, that it wanted more from its legacy foreign miners. This manifested in a push to shift miners from longstanding and highly secure COWs to a license system subject to prevailing and changeable regulations.

Second, the shift away from COWs comes amid a broader tide of economic nationalism in Indonesia.

In the oil and gas sector President Joko Widodo, cheered on by many, scotched the approval of an offshore liquefied natural gas project, citing the vague prospect of a ‘multiplier effect’ for local communities in decreeing it be built instead in one of the most remote and underdeveloped parts of the country.

In doing so, he disregarded his own minister’s advice that onshore development would mean a 30 per cent higher cost.

This was reversed in the January regulation, itself tacit acknowledgement it missed the mark in terms of pushing investment to onshore smelters and refiners. Most importantly, such policy entrepreneurship damaged a prominent state-owned miner.

The breakdown with Freeport is the culmination of over five years of negotiations. Converting to an IUPK is not new. The 2009 Mining Law mandated it, and Freeport even publicly assented in 2015 to an IUPK that would preserve the key protections, including recourse to international arbitration, from the COW.

The government has largely succeeded in moving the needle on its Freeport wish list, especially as Freeport is simultaneously seeking security for its investments beyond the year 2021 provided in the COW.

Under a string of interim agreements, Freeport has agreed to higher royalty rates; changed from international suppliers of items such as explosives and diesel to state-owned companies; and built a US$2 billion smelter that most informed observers agree will never turn a profit.

Although officials have suffered in recent years from smelter mania, a smelter from Freeport is a symbol that the company has been forced to heed the power of the Indonesian state, rather than the result of any nuanced industrial policy. Under an agreed tax incentive scheme, Indonesian citizens are the most likely to pay for the white elephant.

Freeport’s willingness to yield is indicative of the handsome gains to be reaped if the COW is extended beyond 2021. What may be insurmountable, however, is the new requirement that IUPK holders divest 51 per cent. Divestment has always been the thorniest issue, with policymakers issuing four versions of the rule since 2010.

The move to require 51 per cent divestment reputedly stunned Freeport since it superseded a 2014 regulation that provided a loophole of 30 per cent maximum divestment for miners such as Freeport with underground operations. The energy minister explained it was inserted at President Widodo’s specific guidance.

But the change reflects the elites’ growing assertiveness towards legacy investors, especially Freeport. Many bitterly recall how its COW in the early-1990s mandated at least 45 per cent divestment, with a provision for selling off 51 per cent if it failed to list enough shares on the country’s nascent stock exchange.

But the COW also included a clause to allow the company to take advantage of any more favourable future legislation and, sure enough, a 1994 government regulation freed foreign miners from compulsory divestment. To this day conspiracy theorists speak of insider dealing between the Suharto government and the company.

Adding to the veneer of impropriety was a contemporaneous deal to divest a stake to the Bakrie Group. Freeport underwrote the purchase before paying the same price to buy back half the stake a year later.

Freeport also spun off most non-mining service companies to the crème of the Suharto-era elite. The deals were usually financed with the company’s imprimatur and gilded with generous guaranteed rates of return. Although these relationships remain intact, they no longer satisfy those who want Freeport to hand over even more to domestic players.

Ultimately, senior officials welcome the fight more than they wish to be reminded about the chilling effect for the investment climate, recapitulations of Freeport’s $16 billion in payments under the current COW, or reminders Grasberg might well have been, in the words of an early explorer, ‘on the moon’, if not for Freeport’s corporate culture and acceptance of extensive financial and technical risks.

As a senior politician observed to me several years ago, Freeport may be the country’s largest taxpayer, but why should the government care when it is but a tenth of the take from the cigarette excise tax?

Indonesia, nearly twenty years on from the economic and political cataclysm that marked the end of the Suharto regime, is more than able to absorb the costs of such a stand. Economic nationalism may push Freeport over the edge, but Indonesia’s leaders are far more clear eyed about the consequences and policy alternatives than some might assume.

This article was written by Matthew Busch a PhD candidate at Melbourne Law School, University of Melbourne and Research Fellow at the Lowy Institute for International Affairs. It first appeared on East Asia Forum under a Creative Commons license and is reproduced here with its permission.