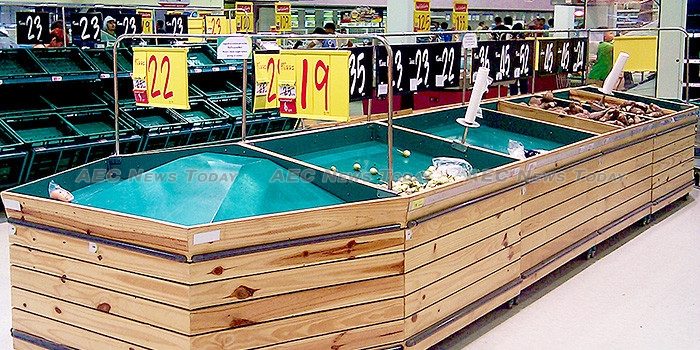 Asean’s ageing population and the drift from farms to cities in search of better paying employment is putting the regions food security at risk. Governments and producers need to rethink what is being produced, how it is being produced, and who is producing it.

The dire warning was issued by Bina Agarwal, Professor of Development Economics and Environment at the Global Development Institute, University of Manchester, to mark World Food Day in Bangkok earlier this week.

According to Ms Agarwal, the people who produce our food in Asia-Pacific are primarily smallholders, yet many of them are ageing while younger members of their families – particularly young men – migrate in search of non-agricultural occupations.

“We need to rethink the way we farm. This will mean rethinking how we produce, what we produce, and the institutions within which we produce,”

Held under the theme of ‘Change the future of migration. Invest in food security and rural development’, the event heard from Princess Maha Chakri Sirindhorn of Thailand, UN Food and Agriculture Organization (FAO) Special Ambassador for Zero Hunger in Asia and the Pacific, who called for the region to recognise both the risks and opportunities associated with migration.

“This year’s World Food Day theme calls upon us to harness the potential of migration to support development and strengthen receiving and sending rural communities’ resilience. This will not happen automatically, but as a result of concerted efforts and measures that maximize the positive outcomes of migration while minimizing the negative ones.”

According to Kundhavi Kadiresan, FAO assistant director-general and regional representative for Asia and the Pacific, more than 60 per cent of the world’s 815 million hungry people, or some 490 million individuals, live in the AP region.

Despite this alarming figure a recent report by The New Paper said Singaporeans alone waste some US$200 million worth of food annually.

While acknowledging that migration can be a positive move for many, Ms Kadiresan cautioned that for others it is too often undertaken in desperation, due to conflict, natural disasters, or climate change. “People migrating in these circumstances are more vulnerable to increased food insecurity and worsening poverty”, she said.

According to Ms Kadiresan government, civil society organisations, and other related agencies need to work together to ensure that migration is a choice and not a move of desperation or a relocation of last resort. By working together to resolve conflicts, investing in rural development, enhancing social protection, adapting to and mitigating the effects of natural disasters and climate change – all of these things can help us respond to the negative effects of ill-prepared migration, while building a more food-secure and resilient Asia-Pacific for us all.