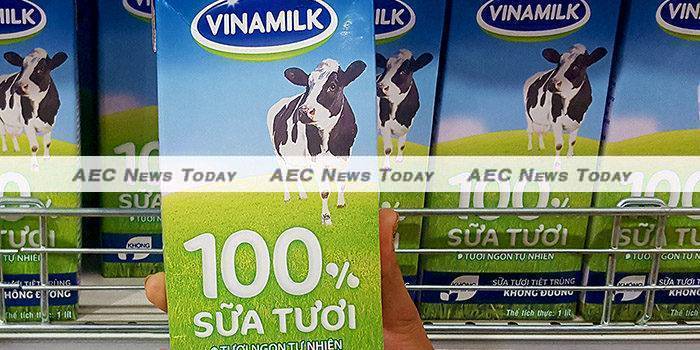 Vietnam tantalised foreign investors last year with news that foreign investment caps would be lifted on certain industries, a move that would allow firms to increase their presence in a rapidly growing, highly attractive market. A government decree issued in June 2015 removed the 49 per cent cap placed on foreign investors in a number of industries, though some sectors, such as the Vietnam banking sector, remain more restricted.

This came as welcome news to foreign investors who have complained for years of Vietnam’s restrictive ownership policies. While several companies have since opened up to 100 per cent foreign ownership the most lucrative firms haven’t become available yet.

However, two prominent firms with major growth potential have recently signaled that they will allow more overseas investment, though the process will be slow.

Vinamilk Remains Out of Reach

Vietnam Dairy Products JSC (Vinamilk) announced last month that it plans to remove its 49 per cent foreign ownership cap. Vinamilk has caught the eye of many foreign investors thanks to its strong performance in recent years. Its share value has expanded 18-fold since the company first listed in 2006.

Foreign investors currently hold a 49 per cent stake in Vinamilk, the maximum, with the Vietnamese government owning a 45 per cent stake through the State Capital Investment Corporation (SCIC). This stake is worth some US$ 3.5 billion, while Vinamilk as a whole is valued at some $ 7.85 billion. Group sales reached $ 1.65 billion in 2014.

In 1990 annual Vietnam milk consumption per capita was just 0.5 litres (1.05 pints). In 2013 the figure reached 18 litres (38.04 pints) per person and by 2035 it is expected milk consumption in Vietnam will reach 50 litres (105.67 pints). With about 50 per cent market share for milk, 80 per cent for condensed milk and 90 per cent for yogurt it dominates. No surprise that foreign investors are licking their chops to get a stake in the action.

Unfortunately, despite Vinamilk’s intention to remove its 49 per cent cap, SCIC has given no indication that it will divest its stake any time soon.

Just two weeks after Vinamilk’s announcement SCIC released a list of companies it would sell the government’s stake in this year. Vinamilk was not included. The dairy company accounted for over half of the dividends SCIC earned last year so unsurprisingly the government therefore seems loath to let a major moneymaker go.For now at least, foreign investors will have to continue watching Vinamilk from the sidelines.

Sabeco, or the Saigon Beer, Alcohol and Beverage Corporation, is also moving towards increased foreign investment.

In late May the government-owned firm submitted a plan to divest 53 per cent of its stakes. This would reduce its ownership ratio from 89 per cent to 36 per cent. Like Vinamilk, Sabeco is a major player in the Vietnam market. It holds a 46 per cent market share, while revenue hit US$ 1.4 billion in 2014.

Beer consumption in Vietnam is considerable, with total consumption reaching over 3 billion litres (792.516 million US gal.) last year. The country has become the largest beer consumer in Southeast Asia, and foreign companies have leapt at the opportunity. Heineken has positioned itself as the beer of the wealthy, while Japan’s Sapporo is increasingly prevalent.

Sabeco has already received at least one offer for expanded foreign ownership. In 2015, Thai Beverage Public Company Limited (ThaiBev) offered to buy 40 per cent of Sabeco’s stake for $ 1 billion. However, the Vietnamese firm rebuffed the offer, saying they were worth more.

Heineken would also like to increase its 5 per cent stake, while the UKs SABMiller, the world’s second-largest brewer, has signaled investment interest as well. Of course, this is all hypothetical until the government approves Sabeco’s divestment plan.

Both Vinamilk and Sabeco stand to offer lucrative opportunities to future foreign investors. However, it remains to be seen when they will fully open to foreign funds. As happens so often, the Vietnamese government has again dangled some very attractive carrots to perk the interest of foreign investors, but when it comes to actually following through, the bureaucracy slows things down.