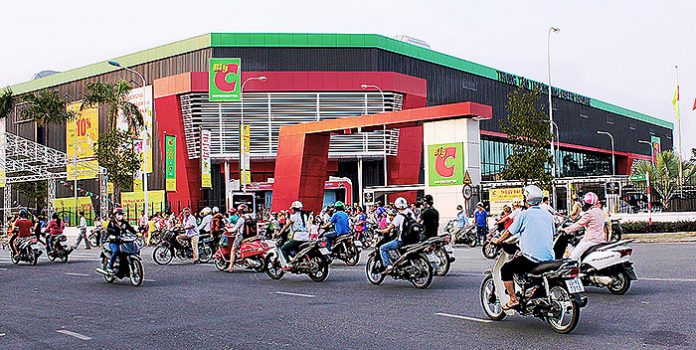 The rapidly growing Vietnam economy and the country’s large, young population makes it an attractive destination for a wide range of investments. Major corporations such as Intel, Samsung and Honda have poured large amounts of money into the Vietnam economy in recent years.

Tempted by the buoyant domestic retail market – Euromonitor International estimates that Vietnam consumer spending will grow by nearly 50 per cent from 2015-2019 to be worth some US$184.9 billion – foreign investors are also taking note;  a number of large merger and acquisition (M&A) deals over the last two years testimony to the growing appeal and increasing competition home-grown firms are facing.

According to the annual Vietnam M&A forum deals worth roughly $3 billion have taken place this year, while in 2015 the figure reached $4.3 billion, a 40 per cent increase over 2014. As to be expected the majority of these Vietnam M&A deals involve foreign firms, with domestic companies lacking the capital to compete with conglomerates from wealthier countries such as Thailand and Japan.

One of the biggest players in the Vietnam M&A scene is Thailand’s Central Group. Currently the firm operates in eight business categories, with its retail business posting sales of $1.13 billion in 2015. That same year the group acquired a 49 per cent stake in Nguyen Kim, one of Vietnam’s largest electronics retailers.

In May of this year Nguyen Kim bought Zalora Vietnam, an e-commerce retailer, from Rocket Internet. This purchase offers Nguyen Kim, along with the Central Group, access to a database of over two million customers and more than 1,000 supply partners.

With Japan stuck in an economic rut exacerbated by a rapidly aging population, ambitious firms are looking abroad to invest. In early July Taisho Pharmaceutical Holdings acquired a 24.4 per cent state in DHG Pharma JSC, the largest drug distributor in Vietnam. The deal, worth $111 million, makes Taisho the second-largest investor in the firm after Vietnam’s State Capital Investment Corporation (SCIC).

In January, national carrier Vietnam Airlines Corp., announced the sale of an 8.8 per cent stake to ANA Holdings Inc., the operator of Japan’s largest airline, All Nippon Airways (ANA), for $109 million. ANA raised $1.8 billion in a 2013 share sale and has been looking to expand into Southeast Asia.  With one of the world’s fastest-growing aviation markets, it should come as no surprise that the firm chose to invest in Vietnam.

Vietnam M&A deals are likely to increase in frequency in the coming years. In fact, the Vietnam M&A Forum expects deal values from 2015-2018 to reach $20 billion, and new regulations will aid this process. A recently enacted law cuts the time required to obtain an investment license to 15 days, while, more firms are opening up to foreign majority stakeholders.

The deals discussed above don’t come close to covering the full range of Vietnam M&A activity. In recent years the banking and real estate sectors have also seen a flurry of deals involving both domestic and international investors also.

However, retail deals have the most visible impact for consumers, and traditional mom and pop shop domestic retailers are rapidly losing ground to foreign powerhouses. How they will carve a niche for themselves as Vietnam’s consumer spending (See: Vietnamese Women A Rising Consumer Segment) increasingly goes up market remains to be seen.

No Relief in Sight to Tan Son Nhat Growing Pains