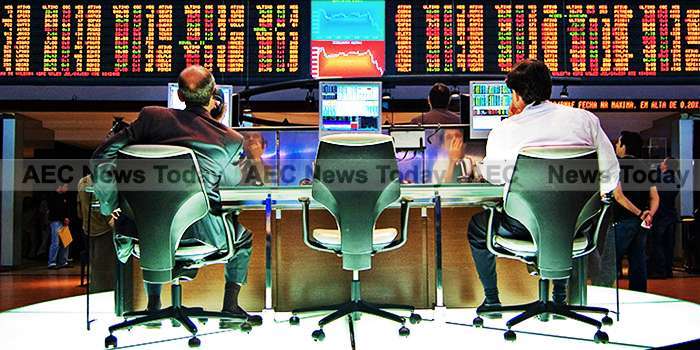 Vietnam budget carrier VietJet’s on again, off again initial public offering (IPO) is on again… at least for the time being. With its 2013 plans for an overseas IPO in a seemingly endless holding pattern the company says the VietJet IPO will now take place on the Ho Chi Minh City (HCMC) Stock Exchange before moving to either Singapore or Hong Kong.

VietJet’s, managing director, Nguyen Duc Khanh told Deal Street Asia the company wants to first ‘test’ in a market it understands better, and where people know the brand more. He also belied an earlier Financial Times report that the much awaited VietJet IPO was ‘required’ to take place on the HCMC Stock Exchange, saying this wasn’t so.

The initial plan for the VietJet IPO was for the company to become Vietnam’s first overseas listing on either the Singapore or Hong Kong stock exchanges by the second quarter of 2016.

Estimated to be valued at $1 billion (VND22.31 trillion), the company said the VietJet IPO would offer up to 30 per cent of its shares, estimated to be worth some $300 million. Foreign bankers BNP Paribas, Deutsche Bank, and JP Morgan, together with VietCapital, a domestic investment bank were said to be facilitating the VietJet IPO

Hardly instilling investor confidence, VietJet founder and ceo, Nguyen Thi Phuong Thao, who is expected to become Vietnam’s first female billionaire as a result of the VietJet IPO, blamed the complex documentation process for the fiasco, saying they did not expect the process to be so complicated. Meanwhile media reports cited ‘legal complications’ as the reason for the VietJet IPO delay.

Separately analysts have speculated that other factors such as the 30 per cent cap on foreign ownership under Vietnamese law may have also gotten in the way of the VietJet IPO.

The foreign investment cap has long been a big obstacle to Vietnam’s efforts to attract more foreign investment and for Vietnamese companies seeking to expand through public listing. When Airports Corporation of Vietnam (ACV) and food manufacturer Vissan made their IPOs the stock was largely ignored because of the ownership limits placed on foreign investors.

Last June Vietnam announced that it will remove the foreign ownership cap on many industries effective September this year. However, to date there has been no announcement that it has carried through with its promise, much to the chagrin of foreign investors (See: Vietnam Teases Foreign Investors, But Jewels in The Crown Remain Out of Reach).

Despite being one of the top performing economies in Asean only a few large companies are listed on either the HCMC Stock Exchange or the Hanoi Stock Exchange (HNX), making it unattractive to big investors from the outside. This translates into a smaller pool of potential investors with the deep pockets the VietJet IPO is targetting.

To date no progress has been reported on their plans after they reportedly faced the same legal problems as the ones experienced by the VietJet IPO.

For Ms Nguyen the delay in the VietJet IPO is a minor stumbling block in her journey to becoming Vietnam’s second billionaire. Born into a humble family the Russian-educated VietJet ceo made her first million dollars at age 21 by trading in fax machines and latex rubber, before moving on to steel, fertilizer, and other commodities.
Aside from her 95 per cent holding in VietJet, Ms Nguyen also has stakes in several leading real estate and finance companies, and a 90 per cent stake in Sovico Holdings, a company that owns a 65-hectare land development project in southern Ho Chi Minh City known as Dragon City.

In addition to being the vice chairman of the Ho Chi Minh Development Bank, the 45-year old businesswoman is also majority owner of three resorts in Vietnam- the Furama Resort Danang, the Evason Mandara Nha Trang and the An Lam Ninh Van Bay Villas.

Founded in 2011 as the first privately owned airline in Vietnam, VietJet operates 350 flights a day and currently flies to 53 domestic and international routes. In May this year VietJet placed an orders for 100 Boeing 737-Max 200 from the United States worth $11.3 billion (252.14 trillion VND) (See: VietJet’s Blockbuster Boeing Order, But Where’s The Money Coming From?) on top of an earlier order for 20 A321s costing $2.39 billion (53.33 trillion VND) from European consortium Airbus.

Despite stiff competition VietJet has managed to carve a niche with latest reports disclosing that it has garnered a 43 per cent share of the Vietnam aviation industry. It is expected to soon surpass state-owned Vietnam Airlines as the country’s number one domestic carrier.

Despite all of the huff and puff though, no date for the VietJet IPO has been announced.

No Relief in Sight to Tan Son Nhat Growing Pains