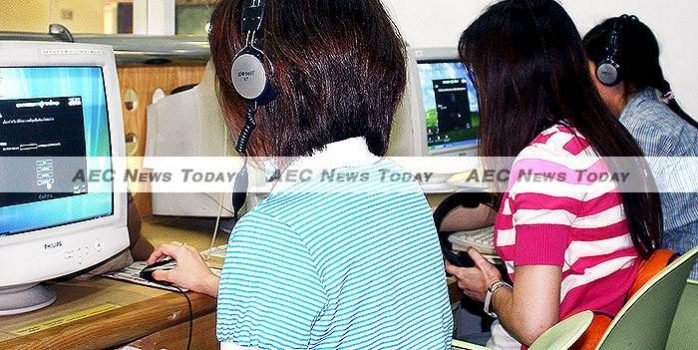 Though there are no concrete statistics on tech startups in the country, Japan’s SoftBank Group Corp. estimates that there are about 1,500 currently in operation. If correct, this would mean Vietnam has more startups relative to population than regional neighbors China, Indonesia, and India.

Travel the streets of modern-day Vietnam and it should come as no surprise that the tech sector is growing. Internet cafes abound and everyone from toddlers to the elderly clutch iPhones or the latest Samsung tablet. Roughly 44 per cent of Vietnam’s population of about 90 million use the internet, and many of those people access the web through mobile technology. The country therefore is a ripe target for app developers and techies, and both domestic and foreign investors are taking notice.

Last year FPT, the largest tech company in Vietnam, announced the creation of FPT Ventures, a venture capital fund aimed at fostering Vietnam tech startups. The fund will channel over US$3 million per year to companies with valuations below $1 million, providing funding of at least $50,000 per startup. This equates to seed money for up to 60 startups per year.

On the international side 500 Startups, a Silicon Valley-based seed-fund and accelerator which has invested in over 1,000 companies around the world, entered the country last year and in August publicised its funding of three Vietnam startups with plans to invest $10 million in 20 more companies this year. Goldman Sachs and Standard Chartered PLC meanwhile recently raised their investment in MoMo, an e-wallet startup, by $28 million.

The US Embassy in Vietnam is getting involved as well, late last month announcing the Ambassador’s Entrepreneurship Challenge. Regional winners will be fully funded to attend the Global Innovation through Science and Technology (GIST) Startup Camps in Vietnam to sharpen their skills before competing in the final round in front of judges and potential investors and incubators.

Three winners of the challenge will receive seed money to help them bring their ideas to market, with the goal being to encourage Vietnamese youth to think entrepreneurially and further the development of a Vietnam entrepreneurial ecosystem.

According to Han Ngoc Tuan Linh, from the consultancy firm ATV Vietnam: “The problem with the tech startup ecosystem in Vietnam is that there are medium to large venture capital funds who are willing to pay from $500,000 to $2 million or even more for a stake in startups, while the majority of local startups are in an early stage.”

While these initiatives may not bear fruit until later in the year or longer, it is easy to see how technology has already had an impact on daily life in Vietnam. Food delivery services and transportation apps such as Grab Bike provide immense convenience and though they aren’t all home-grown, they highlight how eager the market is.

A hint of what the future may hold for Vietnam tech startups can be seen in the saga of Flappy Bird, a simple smartphone game created by Hanoi developer Dong Nguyen. In 2014 the game went viral following its release, becoming the number one app on both the Apple and Android platforms, before Nguyen pulled the programme because it had become too popular for his comfort.

This scene will only continue to grow, in part thanks to investment funds, but also due to the proficiency of young Vietnamese for technology.

According to Neil Fraser, a veteran software engineer at Google, “Vietnam has the highest-performing computer science students I’ve ever encountered.”

Vietnamese high school students also regularly outperform their peers from wealthy developed countries in math and science. This combination of funding and skills will be potent moving forward. Perhaps in the future the iconic postcard image of Vietnam won’t be a farmer in a glistening rice paddy, but an engineer at a Vietnam tech startup coding the next great app.