Skyrocketing Car Ownership in Vietnam Not Without Problems 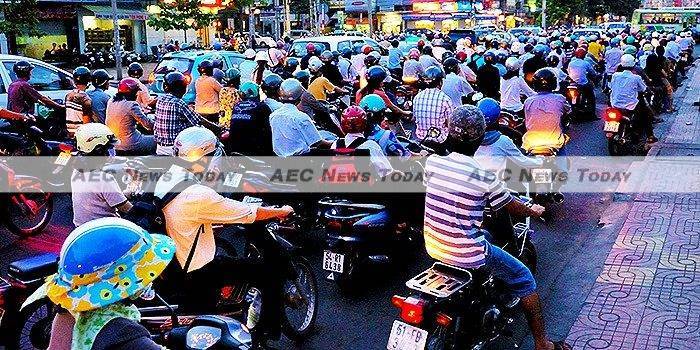 Stop at a red light in Hanoi or Ho Chi Minh City (HCMC) and it’s hard not to notice a traffic pattern: cars backed up for blocks on narrow urban roads built when car ownership in Vietnam was a distant dream for most.

While motorbikes still rule in Vietnam, thanks to rapid economic growth more people are able to afford cars than ever before.

For years heavy taxes have made cars very expensive, roughly double what they would cost in the US, but international trade pacts will make them cheaper in the coming years. This boom in car ownership in Vietnam is creating both benefits and problems within the country.

The import of complete-built cars grew more than 77 per cent last year, a record, while roughly 250,000 new cars were sold in the country, a 55 per cent rise from 2014, according to the Vietnam Automobile Manufacturers Association (VAMA). These numbers are asstounding, though they dipped in January thanks to a new tax rule placed on foreign auto importers.

Any decrease in car imports will only be temporary, though, because several regional and international free-trade agreements are set to kick in before 2020.

Foreign automakers are licking their chops at both this prospect and Vietnam’s almost 90 million people – the vast majority of whom don’t have a car – one of the fastest-growing middle classes in the world.

Domestic car makers, however, are facing a more difficult road.

Though they still dominate the market, domestic producers can’t compete with foreign firms in terms of build quality, sophistication and technology.

Vietnam also lacks strong supporting industries, with local components only making up 5 – 25 per cent of vehicles assembled in the country.

Cost is also an issue. Oddly enough, certain taxes mean it can be more expensive to build a car domestically than import it.

This was highlighted last year when Toyota Motor Vietnam (TMV) announced that it was considering halting its Vietnam vehicle assembly operations to save costs by importing cars from its other Asean production facilities instead.

The government is moving to address these issues, with the previously mentioned new tax on foreign imports, as well as a Vietnam auto-industry master plan, with the goal of creating 65 per cent of auto components locally by 2035.

However, the zeroing of import tariffs for Asean-built cars remains a major challenge, and domestic cars lack an important factor which certain foreign brands offer: status.

Status is key in Vietnam and people with money want to show that they have it. Hence the popularity of brands such as BMW and Mercedes-Benz, and even very expensive, highly impractical cars from Porsche and Ferrari, whose high-performance engines have no room to breathe on Vietnam’s crowded roads.

An issue that often gets overlooked in discussions regarding the rapid growth of car ownership in Vietnam is the impact it will have on the environment.

While Hanoi and HCMC do not have smog on the level of China’s biggest cities, the air quality has visibly worsened over the last five years. This is due in no small part to the huge increase in car ownership in Vietnam.

In HCMC, roughly 900 new vehicles were registered per day in 2015, according to the city’s transport department. Nearly 150 of those were cars, a 39 per cent increase over 2014.

These vehicles will add further emissions to the air, in addition to worsening the incredible traffic which plagues urban areas in Vietnam.

Riding a motorcycle in Vietnam’s major cities during rush hour is becoming an increasingly miserable experience. The result is that more Vietnamese are becoming convinced they need to buy a car, which in turn worsens traffic even further.

And while Metro systems are on the way for Hanoi and HCMC (See: Hanoi & HCMC Metros Struggling to Get on Track), the yet-to-be-answered question is whether these will lure wealthy Vietnamese car owners away from their air-conditioned status symbols.