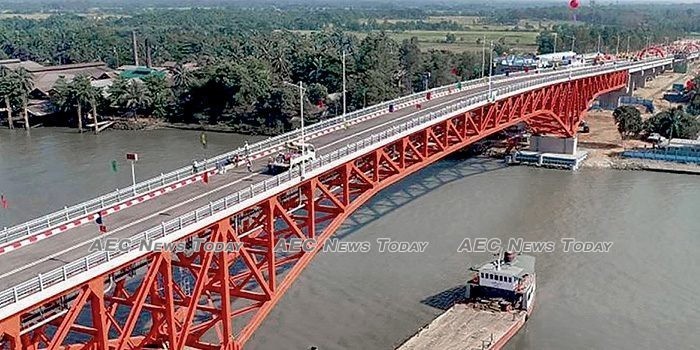 Myanmar’s efforts to reverse a legacy of isolation began with the quasi-civilian government (QCG) led by former president U Thein Sein. From 2011–2015, his government undertook a series of political, economic and social reforms that built the foundation for future democratic development (FDD).

Key reform initiatives under his administration included renewed engagement with ethnic armed forces, a relaxation of press censorship, liberalisation of the Telecommunications industry, increased autonomy of the Central Bank of Myanmar (CBM) and improvement of the budgetary and taxation system.

During U Thein Sein’s presidential term, Myanmar became one of the fastest growing economies in Asean, with an average growth rate of 7.3 per cent. The country also achieved medium-ranked member status on the Human Development Index (HDI).

Major challenges remain despite these positive developments: land disputes, informal settlements in cities, inadequate basic infrastructure and most importantly, an unstable political situation due to conflict in Rakhine, Shan, and Kachin states.

The political landscape of Myanmar changed dramatically after the second general election in 2015 when Daw Aung San Suu Kyi’s National League for Democracy (NLD) won a majority of seats in the people’s parliament (PP), the national parliament (NP), and sub-national parliaments (SNPs)

The new government was immediately confronted by existing and new challenges.

A few months before the elections, 12 out of 14 regions and states were affected by flooding that damaged 1.9 million acres of farmland causing the price of rice to increase.

A 20 per cent drop in net FDI inflow and a growth rate sinking to 5.9 per cent (from the average 7.3 per cent under president U Thein Sein’s administration) also made 2016 a difficult year for the new government.

In October 2016 the NLD government announced the ‘7-Step Roadmap for National Reconciliation (NR) and Union Peace (UP)’ and later established a twelve-point economic policy, which included promises to ensure effective public financial management through fiscal transparency and the reform of state-owned economic enterprises.

Corruption remains a major threat to the country’s development, contributing to growing inequality and increased business costs. Myanmar was ranked 147 out of 168 countries in the Corruption Perception Index in 2015.

The ACC has made significant progress in tackling major corruption so far. Notable cases include charges against senior civil servants and the chief minister of Tanintharyi Region (CMTR). In 2018, Myanmar’s ranking was relatively improved to 132 out of 180 countries in the Corruption Perception Index

Although the government has accomplished some key reforms over the past four years, it still struggles with fundamental challenges.

The report on Multidimensional Welfare in Myanmar shows that Rakhine State has among the poorest conditions with respect to unemployment, drinking water, and sanitation.

Another big challenge for the government is its ability to handle armed violence, especially in Rakhine State.

The government has implemented the recommendations of the Advisory Commission on Rakhine State headed by former UN Secretary-General Kofi Annan. Armed clashes between the Tatmadaw, Arakan Army and Arakan Rohingya Salvation Army (SA) have worsened since 2017.

The unresolved conflict in Rakhine State continues to damage the country’s image. The Gambia filed a case against Myanmar at the International Court of Justice (ICJ) in late 2019 following the UN Independent International Fact-Finding Mission which claimed that Myanmar is failing to prevent genocidal intent against the Rohingya minority.

With the general election to be held in late 2020, it will be an important year for Myanmar.

While there have been significant improvements over the past three years, more efforts are needed to overcome key challenges, including narrowing the development gap between regions and states, improving basic service delivery to citizens and enhancing inclusion with improved decentralisation.

As the country is one of the world’s most disaster-prone countries, the government should invest more in disaster and climate resilient infrastructure. But the most important and difficult task for the NLD government is to achieve national reconciliation and stability in conflict-affected states.

This article was written by Soe Nandar Linn, an independent consultant working with the World Bank and other developmental organisations in Yangon. It first appeared on East Asia Forum under a Creative Commons License and is reproduced here with its permission.