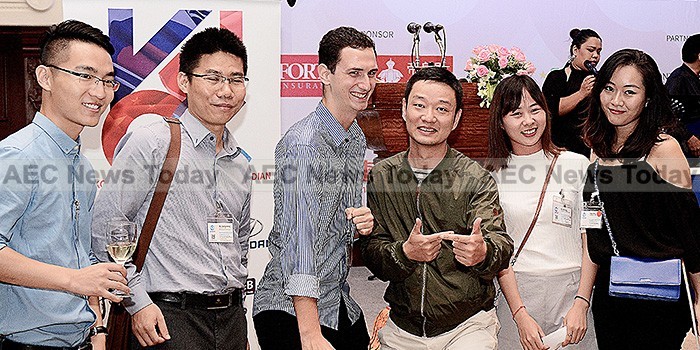 South Korean, Japanese, and Chinese firms make up the lions share of foreign direct investment (FDI) in Cambodia, accounting for a combined total of more than 1,500 projects.

From Phnom Penh’s first real shopping mall and towering office towers, and condominiums all way down to restaurants and even hospitals, companies from China, South Korea, and Japan lead the field in total investment value and number of projects.

It’s not surprising that a business networking night catering to those nationals, in addition to Khmer business owners and operators, will be well particularly well patronised in a city where new projects commence and reach completion in what appears to be record periods of time. Everyone wants to know what everyone else is up to and where there might be opportunities for those with established operations.

According to Yuji Kiyono, a spokesperson for the organisers, each subsequent KJCC Business Networking Night draws an increasingly large gathering from the who’s who in Cambodia foreign invested projects.

As a social networking event the 4th KJCC Business Networking Night couldn’t have been more of a success. Among the more than 300 attendees at the the most recent gathering were the country heads of large, multi-national corporations through to online business start-up owners and food and beverage suppliers.

While the event is titled as being a business networking night for Korean, Japanese, Chinese, and Cambodian business owners, Mr Kiyono said business owners of any nationality are welcome to attend.

“So far we have about an equal representation of people from each of the four nationalities (Chinese, Khmer, Korean, Japanese), but anyone who might be interested in extending their business network in Cambodia in a relaxed setting is welcome, Mr Kiyono added.