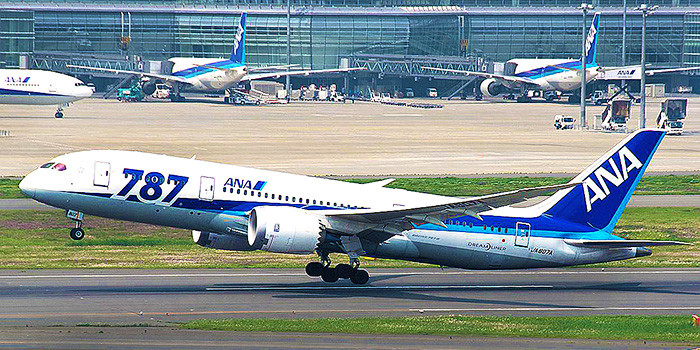 Japan’s All Nippon Airways (ANA) recently commenced direct Tokyo-Phnom Penh flights in a move that is expected to boost the number of tourists and business travellers between the countries.

Currently ranked a distant third behind China, and South Korea (See: Asean H1 2016 FDI Winners & Losers), Japanese foreign direct investment (FDI) in Cambodia is largely confined to Phnom Penh’s first shopping mall, Aeon Mall, opened in 2014, and a second which is currently underway and not expected to be finished until 2018. Unlike in neighbouring Thailand Japanese companies are yet to invest heavily in the Cambodia manufacturing sector and it is hoped that more convenient Tokyo-Phnom Penh flights will help to change that.

Announcing the new flights in January, ANA said the new Tokyo-Phnom Penh service will ‘meet increasing business travel demand. Companies around the world are eying the rapidly emerging Cambodian market, drawn to Phnom Penh as a manufacturing centre and the country as a high-potential market for their products and services’.

Once the top source of foreign visitors to Cambodia, Japanese numbers have fallen over the last decade and in 2015 were ranked seventh by number of visitors. In the the first six months of this year the number of Japanese tourists rose 0.3 per cent over the same time last year to 90,877.

According to the Council for Development of Cambodia (CDC), Japanese cumulative investment since 1994 exceeded $400 million as of June last year, while the Japan External Trade Organisation (Jetro) reports that Cambodia exports to Japan between January to end of June rose by 32.7 per cent to $565 million, from $425 million in the same period last year.

Japan’s ambassador to Cambodia Yuji Kumamaru told the Khmer Times that the Tokyo-Phnom Penh flights “will change the dynamism of our relations. Daily direct flights between the two countries will surely accelerate our already expanding relations especially in terms of investment, trade and tourism”, he said.

Kong Sophearak, director general of statistics at the Ministry of Tourism, is also feeling upbeat and told the Khmer Times that the convenience of direct Tokyo-Phnom Penh flights will drive an increase in the number of Japanese tourists, adding that an uptick in investment from Japan, especially in special economic zones, could also result in more visitors.

The commencement of direct Tokyo-Phnom Penh flights is the latest ramp up to Japanese interest in Cambodia. Last year the $14 million, 23-floor Toyoko Inn hotel was opened in Phnom Penh, the first Japanese hotel opened in the capital, while a Japanese school also opened there last year.

According the Japanese embassy in Cambodia there are some 2,500 Japanese citizens registered with it in Cambodia, while the number of Japanese restaurants has grown to about 150.

Cambodia will be the eight Asean Community (AC) country serviced by ANA, which is ranked as the largest airline in Japan by revenues and passenger numbers. Founded in 1952, ANA flies on 81 international routes and 112 domestic routes. With a fleet of 240 aircraft, the ANA group has 35,000 employees.