Cambodia gets tough with human trafficking: “you can not hide” says DPM 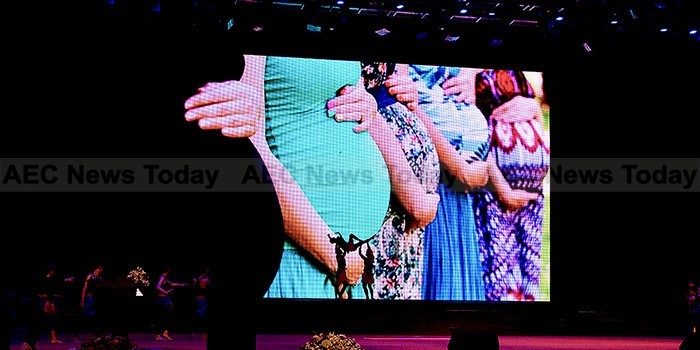 Cambodia’s efforts to stamp out human trafficking in the Kingdom is being hampered by “some nasty individual officers” that are “crueler than animals” according to the country’s deputy prime minister Sar Kheng.

Warning corrupt officials involved in human trafficking and transnational crimes involving people that “we will not tolerate your cruelty”, Mr Kheng said the government “will not be complacent” with corrupt officials or gaps in our legislation. “You can not hide forever. You will be prosecuted according to the law”, he vowed.

The stinging remarks and stern warning came at the opening of celebrations to mark the tenth annual Cambodia anti-human trafficking day (observed on December 12) in Phnom Penh last Sunday.

While commending national and sub-national level government officials, local and non-government NGOs, and the private sector for their “tireless efforts” in combating human trafficking, Mr Kheng called for additional vigilance.

“Nowadays criminals use various means to lure, deceive, force, abuse, and torture for the sake of labour and sexual exploitation, organ removal… regardless of whether they are young, old, or even in their mother’s wombs. In some cases it has costs lives”, he said.

It’s not only the victims of human trafficking that have ended up dead, Mr Kheng said. In fighting organised traffickers “government officials have also lost their lives. Our law enforcement [capability] is still limited”, he said.

Calling on all nations that had signed Memoranda of Understanding, bilateral, and multilateral Agreements on counter trafficking in persons to help ensure effective implementation and joint monitoring, Mr Kheng said the Cambodian government “was open for cooperation with development partners and the private sector” in tackling the human trafficking industry.

Human trafficking is a sensitive topic in Cambodia and throughout the region. After being demoted to the Tier 2 Watch List in the 2012 Trafficking in Persons (TIP) Report, Cambodia was this year returned to Tier 2.

According to the TIP report Tier 2 identifies countries whose governments do not fully comply with the Trafficking Victims Protection Act’s (TVPAs) minimum standards, but are making significant efforts to bring themselves into compliance with those standards.

Cambodia is keen to show that it is attempting to curb it being used as a transit point, or its citizens from being victims, of human trafficking. Last year Cambodia convicted at least 19 sex traffickers and 24 labour traffickers.

While Mr Kheng admitted that efforts to date had not entirely eliminated human trafficking in the Kingdom, he said there was both a willingness and a commitment. “No single individual, institution, or country is able to eliminate human trafficking crime alone especially when it comes to complicated transnational organized crimes”, he said.

In furthering the country’s battle against human trafficking a Memorandum of Understanding (MoU) on transnational crime was expected to be signed today, December 14, with the Philippines during the State visit of President Rodrigo Duterte.

Just three weeks ago Cambodia signalled its tougher commitment to battling human trafficking on all levels. Australian nurse Tammy Davis-Charles and two Cambodian assistants were arrested for running an illegal surrogacy service, despite the Australian government having been told as early as 2014 that commercial surrogacy was illegal under Cambodia law and posting such warnings on its Smart Traveller website.

Charging Ms Davis-Charles under Article 332 of the Cambodian Penal Code, which ‘prohibits acting as an intermediary between adoptive parents and a pregnant woman’, and with falsifying documents, Chou Bun Eng, permanent vice-chairwoman of the National Committee for Counter Trafficking (NCCT), and a secretary of state at the Cambodia Ministry of Interior, said “the arrests were driven out of concern for the babies.

“We are concerned that commercial surrogacy could be used for organ harvesting, for child sex abuse, or that the babies might end up with abusive or neglective foreign parents”, she told ABC Australia. Article 332 was implemented in 2010 as a measure to specifically combat the trafficking of babies from the Kingdom.

That the Australian embassy Phnom Penh facilitated the removal of five such babies from Cambodia by providing them with Australian passports is said to have “infuriated” Ms Chou.

“Ever since [Ms Davis-Charles was] arrested the Australian embassy has been aggressively trying to organise a meeting” with Ms Chou, according to one person close to the investigation who spoke on condition of anonymity as he was not authorised to speak to the media.

In an emailed response to AEC News Today a spokesperson from Australia’s Department of Foreign Affairs and Trade (Dfat) denied any wrongdoing by the Australian embassy Phnom Penh.

‘The Australian Embassy in Phnom Penh acted in strict accordance with due processes at all times. The Embassy assessed that the Cambodian birth certificates used to support the applications were genuinely issued.

“The Embassy confirmed that the surrogate mothers had given their consent for the children to be issued with Australian passports and to travel internationally. All of the passport applications in question were assessed and approved by Canberra prior to issue.”

The profiteering and flagrant disregard for Cambodia law has clearly angered the Cambodia government. As at the time of writing Ms Davis-Charles remains remanded without bail in Phnom Penh’s Prey Sar prison while prosecutors decide what additional charges and how many will be laid against her. If convicted of the two charges she currently faces Ms Davis-Charles could be jailed for up to two years and six months, and fined KHR5 million (about $1,250).

Additional questions emailed to Dfat regarding respect for the laws of sovereign nations and how many first issue Australian baby passports have been issued by the Australian embassy Phnom Penh had not been replied to by publication time. Any response will be included and this story updated upon receipt.