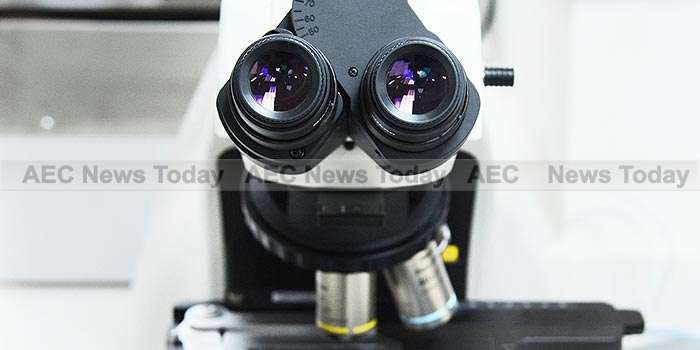 The arrest of Australian nurse Tammy Davis-Charles two weeks ago on human trafficking related charges has thrust the Cambodian government into the commercial surrogacy spotlight resulting in a flurry of confused, confusing, and at times contradictory statements from Cambodian officials.

At the same time the ease with which Ms Davis-Charles was able to obtain passports for the surrogate-born babies has raised a huge question over the integrity of Australian passport issuing protocols at the embassy in Phnom Penh.

Ms Davis-Charles, 49, and two Cambodian assistants were arrested following a ten month long investigation by Cambodia’s anti-human trafficking bureau. The trio have been charged under Article 332 of the Cambodia Penal Code which prohibits acting as an intermediary between adoptive parents and a pregnant woman, and with falsifying documents.

The arrest follows a prakas (proclamation) by Cambodia Minister of Health, Mam Bunheng, on October 24 banning commercial surrogacy, which mushroomed into a multi-million-dollar ‘industry’ in the Kingdom following bans introduced in India, Nepal and neighbouring Thailand.

Although Mr Mam said at the time the ban on commercial surrogacy was a stop-gap measure until Cambodia had time to formulate a policy on the ‘industry’, the arrest of Ms Davis-Charles and her assistants clearly caught various ministries involved in the issue by surprise; resulting in a flurry of hasty statements by officials.

According to NGOs and unverified media reports the rushed statements caused some surrogate mothers to go into hiding, while others were said to have been moved to Thailand.

The one voice of reason since Ms Davis-Charles was arrested has been Chou Bun Eng, permanent vice-chairwoman of the National Committee for Counter Trafficking (NCCT), and a secretary of state at the Cambodia Ministry of Interior.

In an interview with ABC Australia, Ms Chou said the crackdown and arrest was driven out of  concern that commercial surrogacy could be used for organ harvesting, for child sex abuse, or that the babies might end up with abusive or neglective foreign parents.

With Ms Davis-Charles and her assistants held without bail in Phnom Penh’s Prey Sar prison, Ms Chou said the focus was now on caring for and protecting the rights of the Cambodian women. “I don’t want Cambodia to be taken advantage of by this growing business, it violates the baby and child rights”, she said.

Ms Chou said the NCCT knew of at least 52 Cambodian women having been recruited by Ms Davis-Charles, resulting in 23 pregnancies to Australian clients. Five babies had already been born.; and herein lies the problem for Australia.

According to Ms Chou the Australian Embassy, Phnom Penh, had issued Australian passports for the five babies based on Ms Davis-Charles provision of documents falsely disclosing the that “the husband is an Australian and the wife is Cambodian … and the child Australian. In reality the surrogate mothers are already married and have previously had children to Cambodian men”, she said.

The arrest of Ms Davis-Charles saw a diplomatic stand-off between the Australian Embassy, Phnom Penh and the Cambodia government.

At the same time as other embassies were complying with the Cambodian request, most notably China which was publicly commended, the Australian embassy Phnom Penh refused citing ‘privacy” concerns, earning it a public rebuke.

It instead held a closed-door meeting with prospective parents, which it refused to reveal the details of.

Substantiating the accusation that the Australian embassy in Phnom Penh has been playing fast and loose with the issuing of Australian passports is a report in the The Sydney Morning Herald in which veteran Southeast Asia correspondent Lindsay Murdoch said: ‘Fairfax Media has obtained a copy of a birth certificate issued by a clinic in Phnom Penh which claimed that Charles Artman, a 27 year-old Ghana-born man travelling on an Australian passport, was the husband of surrogate mother Hour Vanny.

‘But 35-year-old Hour Vanny has said she never married Artman and only met him briefly after a baby she delivered by caesarean section was taken from her at the clinic in August.

‘Artman, who paid arrested Australian surrogacy broker Tammy Davis-Charles $US50,000 (NZD$71,984) to take the baby from Cambodia, could not be located for comment.’

If the accusation of Ms Davis-Charles having obtained false documents and then used those documents to obtain Australian passports is proven in court the implication on the integrity of Australian consular services in Cambodia on a diplomatic level is serious and at the least implies complacency in preventing ‘Cambodian children’ from being ‘trafficked’ out of the country.

Australian government warning issued in May

The Australian government’s uncooperative response also contradicts the advice contained in a bulletin on commercial surrogacy published on the Australian Department of Foreign Affairs and Trade (Dfat) website on May 25 this year.

In the bulletin, titled International Surrogacy it said: ‘We strongly caution Australians to consider all legal and other risks involved in pursuing international surrogacy, and to seek independent legal advice on Australian and foreign laws. You should be aware that the regulatory environment in a host country may change without warning.’

The dfat bulletin also reminds Australians traveling to Cambodia for commercial surrogacy purposes that “while in Cambodia, Australians are subject to the local laws of Cambodia and should not rely on assurances from commercial clinics or other agencies suggesting there are ways to circumvent or influence local laws’, the bulletin stated.

Rising above the confusing and at times conflicting statements, Ms Chou sought to calm the fears of intended parents and surrogate mothers alike, declaring that intended Australian parents of surrogate babies will be permitted to claim their babies after undergoing Cambodian-supervised DNA and other tests.

“This specific case can be solved, but we cannot just continue to do the same thing for new incidents”, she said.

She also called on the Australian government to act responsibly and ensure the surrogate mothers continued to receive the payments they were promised, despite Ms Davis-Charles being remanded in custody.

Local reports say surrogate mothers were paid a monthly stipend of US$400 per month and provided with prenatal medical care. In addition Cambodian surrogate mothers were said to also receive a lump sum of between $6,000 and $10,000 upon birth and surrendering the baby. Less than 20 per cent of the $50,000 Ms Davis-Charles is reported to have charged her clients, but well above the current minimum wage in Cambodia for a garment worker of $140 per month (See: Thailand’s Mourning Boosts Cambodia’s Garment Sector).

Speaking with The Cambodia Daily, Justice Ministry spokesman Chin Malin said a law aimed at protecting Cambodian surrogate mothers and children, was being prepared, but he was unsure when it would be ready. “They (the Ministry of Justice) are studying and learning from experiences from other countries that have prepared this law and how they enforce them and we are going to see how we should prepare it to align with the context of Cambodia,” he said.

However, if progress on a surrogacy specific law follows the path of other legislation any such law is not going to be passed very soon. After eight years of consultation an e-Commerce law is only now being prepared for final scrutiny (See: After 8 Years Cambodia E-Commerce Law Nears)

Human trafficking is a sensitive topic in Cambodia and throughout the region. Based on figures supplied by government, media, and NGOs, Cambodia convicted at least 19 sex traffickers and 24 labour traffickers last year. In the 2016 edition of the United States’ Trafficking in Persons report Cambodia was promoted from the watch list to tier 2, from which it fell in 2012.

Meanwhile the future is not so bright for Ms Davis-Charles. A former Khmer Rouge torture centre and infamous for the rampant corrupt practices, brutality, and overcrowding inside its formidable structure, Prey Sar prison reportedly provides absolutely nothing for detainees except for boiled rice and a salty soup made of green vegetables grown in its grounds added with some catfish or pork grease twice daily. Meat, eggs, noodles, and almost everything else are available for sale inside the prison and grossly inflated prices.

Under Cambodia law suspect can be remanded in custody (pre-trial detention) for up to six months, though courts often extend this in matters which are politically sensitive or complex. If convicted of the two charges she currently faces – authorities have not ruled out bringing additional charges in the future – Ms Davis-Charles could be jailed for up to two years and six months and fined KHR5 million (about $1,250).

This article was updated at 10:40am on December 3, 2016: An earlier version of this story contained the date the Cambodia government prakas was announced, not the actual date of issue. The photo caption in the original version of this story incorrectly identified Families through Surrogacy as having been Bangkok based. It is in fact registered in NSW, Australia. It is Ms Davis-Charles’ Fertility Solutions PGD which claims to be a Bangkok-based identity.