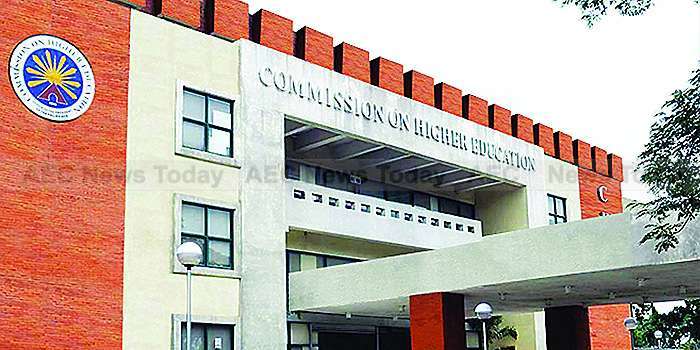 Philippine President Rodrigo Duterte’s 10-point national agenda which places a premium on investing in human resources, particularly education, is at risk before it gets off the ground with the House of Representatives taking  pruning shears to two vital Philippine education programmes.

Last month the Lower House slashed US$41.59 million (P2 billion) from the Commission on Higher Education’s (CHEd’s) 2017 budget, putting at risk the future of the highly successful K-12 Transition Programme and the Philippine-California Advanced Research Institute (PCARI). The cuts have elicited dismay from CHEd chairwoman Patricia Licuanan, who called for the original funding to be restored.

Responsible for overseeing all public and private tertiary education in the Philippines, CHEd had proposed a 2017 budget of $278.05 million (P13.37 billion). While leaving CHEd’s budget request intact, the Lower House objected to its planned expenditure and ordered money earmarked for the two programmes to be used instead to augment the operating expenses of several state universities and colleges, including increasing the budget for the University of the Philippines-Manila by P85 million ($1.77 million) for improved facilities and equipment.

In place since 2013, PCARI is a government-funded project that works to enhance the capabilities of local scientists and researchers through tie-ups with foreign learning institutions, of which the University of California (UC) in the United States is the first partner.

The proposed PCARI budget of P1.76 billion ($36.60 million) was intended to fund 131 post-doctoral scholars and 35 new research and development proposals.

The K-12 Transition Programme is intended to lessen the impact of the newly introduced K-12 programme (which adds two more years to basic schooling) on the higher education sector until 2021. (See: Weighing The Benefits of The Philippines K-12 Programme).

The new K-12 programme was rolled out last June with the Department of Education (DepEd) adding a Grade 11 to the Philippine national curriculum. In the next school year (2017-2018) it will introduce a Grade 12, which will bring the Philippine education system into alignment with international standards. The additional two years though will see a drop in college enrollments that is expected to last until the 2020-2021 school year.

To minimise the effect of low enrollments on institutions and faculty due to the two extra years being added to the national curriculum, the K-12 Transition Programme was introduced to enable faulty of affected institutions to receive grants to undertake graduate studies, continuing professional education, or research activities instead of retrenchment.

Some 4,ooo faculty and staff received grants under the programme in the first semester of the 2016-2017 Philippine academic year, with an additional 3,000 receiving grants for the second semester.

Rather than an estimated 9,000 teaching staff facing retrenchment due to low enrollment figures, CHEd claims only 3,286 were negatively affected as a result of the Philippine education transition to K-12.

CHEd said that without sufficient funds, displacement numbers will increase drastically in 2017, with a $20 million cut equivalent to a decrease in the coverage of about 2,463 faculty and staff.

With the $69.67 billion (P3.35 trillion) 2017 Philippine budget now before the Senate it remains to be seen if Mr Duterte’s 10-point plan and focus on developing future generations of Filipinos able to meet the challenges of a global market head-on will be hamstrung by political interference.