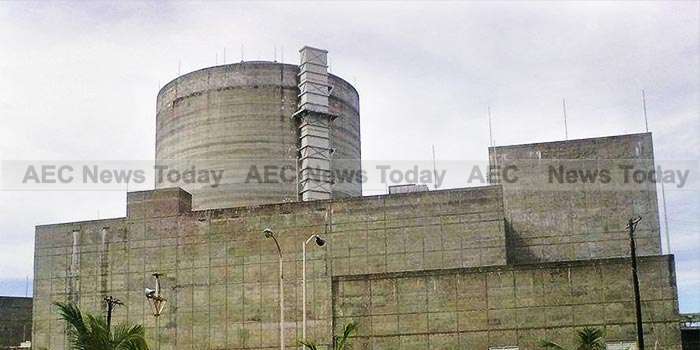 After allowing the burial of the remains of the late dictator Ferdinand Marcos at the Heroes Cemetery (Libingan ng mga Bayani (LNMB)), toying with the idea of reviving the Philippine Constabulary (PC), and suspending the writ of habeas corpus, the Duterte administration appears hell-bent on reviving another ghost of the Marcos era: The Bataan Nuclear Power Plant (BNPP).

Media reports last week disclosed that Philippine President Rodrigo Duterte has given the green light to Energy Secretary Alfonso Cusi to proceed with plans to reactivate the BNP.

Sitting on 389 hectares (961 acres) of land along the coast of Morong, Bataan, some  96km (60 miles) from the Philippine capital Manila, the Bataan Nuclear Power Plant has long stood silently as a symbol of the excesses of the Marcos dictatorship, which lorded over the Philippines for more than 20 years.

While it was born from a noble purpose – to wean the Philippines from energy dependence that came into fore after the country was badly affected by the energy crisis in the 1970s – the implementation of the Bataan Nuclear Power Plant project was marred by corruption and mismanagement from the start and dragged the Philippines deeper into debt later on.

When Marcos decided that the Philippines should go nuclear two reputable international energy firms, General Electric (GE) and Westinghouse-submitted competing proposals. The GE proposal contained detailed specifications together with a $700 million (P38.4 billion) price tag. The Westinghouse proposal, while offering a much lower bid of $500 million (P24.8 billion), was short on details. Despite that Marcos chose Westinghouse over GE.

The Philippine government borrowed money from foreign creditors and the construction of a Westinghouse light water reactor designed to produce 621 megawatts of electricity commenced in 1976.

While underway the project cost ballooned enormously with the final price tag by completion in 1984 topping $2.5 billion (P124.2 billion), a massive 400 per cent above the original cost estimates.

The associated corruption, which reportedly involved the payment of bribes to Marcos and his cronies, was blamed for the stratospheric project cost. It was said that Marcos crony Herminio Disini was able to buy a castle in Austria from the ‘commissions’ he received for brokering the deal.

Although a New Jersey court dismissed the bribery case against Westinghouse and co-accused including Disini in 1993, a Philippine court in 2012 ordered Disini to return the $50.6 million (P2.5 billion) in commission he got from the project.

The Aquino administration which inherited the Bataan Nuclear Power Plant after the overthrow of Marcos in 1986 decided to scrap it due to safety and environmental concerns. A team of international inspectors found out that the Bataan Nuclear Power Plant was poorly built, with over 4,000 defects. In addition, they found it sits above an earthquake fault line and near Mt. Pinatubo volcano, which last erupted in 1992.

Interest payments alone saw Filipino taxpayers shelling $155,000 (P7.7 million) a day until the debt, the Philippines largest overseas credit obligation in a generation, was fully repaid in 2007. In addition, the Philippine government spends $1 million (P50 million) a year to maintain the Bataan Nuclear Power Plant– more than $32 million to date since it was complete.

While the Philippines strong economic growth (See: Vietnam’s Stellar Economic Growth Stumbles) can shoulder, albeit with some difficulty and at the expense of many vital programs and projects, the estimated $1 billion (P50 billion) required to awaken the Bataan Nuclear Power Plant from its slumbering state and perhaps eventually see some returns in the forms of much needed additional electricity generation, the idea is a bad.

The 1979 Three Mile Island accident in the United States, the 1986 Chernobyl disaster in Soviet Ukraine, and the 2011 Fukushima incident in Japan underline the dangers that come with a nuclear accident. The three events show that even the most technologically advanced countries can barely cope with a nuclear accident much less a disaster. To this day people from Japan and Ukraine continue to suffer from the ill-effects of massive doses of radiation released after the accidents.

One may wonder how would a less technologically-advanced developing nation such the Philippines cope with such calamity.

The revelation that the Bataan Nuclear Power Plant sits atop a geological fault-line should be sufficient warning to anyone not to risk letting the atomic genie out of the bottle.

Rather than talking about spending $1 billion on commissioning the plant and continuing to fund the Marcos-era white elephant, the government would be better advised to stop the cash hemorrhage and devise a shut-down plan for the Bataan Nuclear Power Plant. The last thing the Philippines needs is the resurrection of more Marcos-era ghosts.