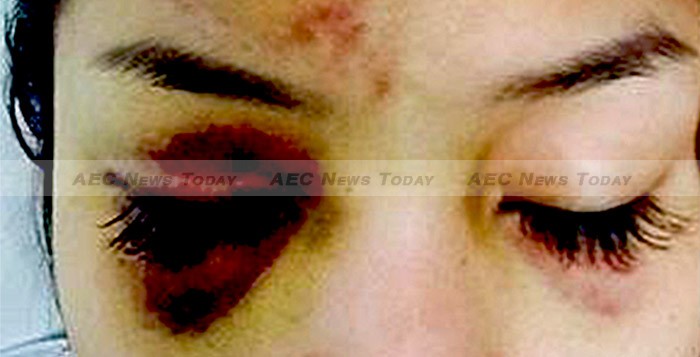 Sihanoukville, also known as Kompong Som, is a coastal city located on the south-west of Cambodia on the Gulf of Thailand with its capital on a peninsula with dreamy beaches and tropical islands. Thousands of tourists from around the world are attracted there annually, however, an increasing number finding the idyllic surrounds mask an ugly underbelly.

According to the Khmer Times a woman of unspecified nationality was sexually assaulted on Victory Beach on July 20 after she was approached by a shirtless Khmer man, who, without saying anything, seized her by the throat, smashed her head with a rock until she dropped to the ground where he violently raped her and emptied her bag.

Just three days later a young Australian woman travelling in a “tuk-tuk” (three-wheeled motorised vehicle) from Serendipity to Otres Beach fell asleep during the journey and woke to find herself half undressed in an unknown location with her driver raping her.

In unrelated incidences last month, in the same Sihanoukville area,

A spokesperson for the Australian Department of Foreign Affairs and Trade (Dfat) confirmed with AEC News Today by email that an Australian woman had been provided with consular assistance, but due to privacy concerns would release no further information.

In 2014 Cambodia attracted a little over 4.5 million foreign tourists. Dfat says that between 2014-15 it was aware of eight cases of assault on Australian citizens in Cambodia and a further five incidents of theft. Consular services were provided to 200 Australians over the same period, the spokesperson said.

Dfat’s Smart Traveller advisory board, which was last updated on May 26, 2015, advises visitors to the kingdom to ‘exercise normal safety precautions’. It then goes on to advise foreign tourists to Cambodia ‘to limit night time travel around Phnom Penh, Sihanoukville and Siem Reap to well-lit public areas and travel in groups’

In addition to warning against unprotected sex – ‘there remains a significant risk of contracting HIV/AIDS in certain high risk activities such as unprotected sex’ – the advisory then lists specific crime-related topics:

The high rate of crime in Sihanoukville has not gone unnoticed. The city’s police chief was removed from office amid criticism that he was sleeping on the job while violent crime rates surged.

At the beginning of the month Sihanoukville’s much criticised city governor, Chin Sari, who fired the police chief less than four months earlier, was also removed from office, while Preah Sihanouk provincial governor Chhit Sokhon is also due to retire this month.

Incidents of violence against women in Cambodia is not uncommon, nor is it restricted to foreign tourists.

Last month the region was shocked at closed-circuit television (CCTV)  footage of Cambodian business tycoon Sok Bun who was seen dragging Cambodian actress Sasa (Ek Socheata) off a couch at a Japanese restaurant in the capital Phnom Penh, throwing her to the ground and repeatedly kicking her head while an armed bodyguard pointed a handgun at her. According to Ms Socheata the gun failed to discharge.

The rapes last month in Sihanoukville are not the first of the year. In April and May at least two rapes and several cases of serious assaults against freight tourists are alleged. Contacted by phone Sihanouk police refused to discuss any of the cases mentioned in this story, claiming only that investigations were still underway.

Meanwhile Sihanoukville residents and the city’s tourism association are hoping that the arrival later this week of the new governor, 31-year-old Y Sokleng, who is currently deputy governor of Phnom Penh’s Prampi Makara district, will see the city become a safer destination sooner rather than later.