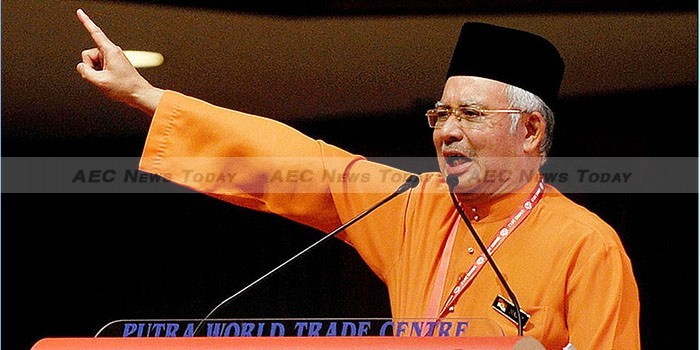 Malaysian Prime Minister and Finance Minister Najib Razak faces explosive allegations of embezzlement, corruption and electoral manipulation that go to the very core of his leadership and the legitimacy of his government. United Malays National Organisation (UMNO), Najib’s political party, and Malaysia itself have been plunged into yet another crisis.

The Wall Street Journal (WSJ) brought to the fore questions of economic mismanagement, undermining the reputation of Malaysia’s financial institutions. The alleged amounts in Najib’s bank account (US$700 million) have created shock-waves. UMNO leaders know that even in the massive election giveaways in the 2013 general election, this sort of money did not all go down the patronage network.

The issue at hand is what Najib will do — he has already done serious damage to the country. Unfortunately, every day he stays in office his leadership negatively affects the country’s reputation. Malaysia’s international credibility is on the line, as is its currency, access to foreign capital, and future economic prosperity.

Unlike his father, Malaysia’s second premier Abdul Razak Hussein, Najib has apparently chosen to put himself first rather than the country. During his tenure Najib has effectively used the country’s political institutions to strengthen his personal position.

Instead, his approach has been to issue denials, engage in counter-attacks and to assign a non-impartial task force to investigate the matter. The lack of impartiality does not build credibility, especially in international markets.

But UMNO, rather than Najib, will be the main determinant of developments ahead. The party has been split into three camps — those loyal to Najib and his generous patronage; those opposed to him, but hesitant for an open challenge; and those in the middle, waiting to be sure to land on the ‘safe side’, which will protect their political and economic survival.

Najib does not command a confident majority, but relies heavily on those in the middle to stay in office. This middle group will determine UMNO and Najib’s future. They will determine whether the party’s and country’s interests are more important than any one individual’s.

The important individuals swaying these camps will be senior leaders within UMNO — those who have national standing — and the groomed new generations of leaders in the party. The backroom meetings will continue with the clamor from the grassroots of the party. The public denials of wrongdoing are not as easily dismissed in discussions behind closed doors.

Most attention has centred on former UMNO prime minister Mahathir Mohamad, who has been demonised by the very people he groomed and mentored in politics for relentlessly attacking Najib. Yet there are others who have influence and they recognise the seriousness of these issues for Malaysia’s standing beyond self-interest. These senior leaders now have the choice to lead the country out of the crisis it is facing.

A third group inside UMNO are the younger leaders. UMNO Youth is sharply divided over Najib’s leadership, reflecting the pattern within UMNO itself. Those in the cabinet representing the youth appear to remain loyal to Najib, but the explosive revelations have widened differences inside this key party organ. UMNO’s younger leaders have the most to lose if Najib’s leadership continues to decline; their political (and economic) futures will be damaged.

Some believe that Najib can weather this crisis, having faith in the ‘dodge and deny’ dynamic, but others realise that the majority of Malaysians see the crisis for what it is — one of the most damaging political events for UMNO in the country’s history.

UMNO’s crisis provides an opportunity for the opposition to regroup. The responses to the scandal reveal those who are genuinely interested in reform. It serves as common ground to reaffirm principles of institutional integrity, anti-corruption, public accountability and good governance. The scandal comes at a time of a weakening currency, rising inflation from the goods and services tax (GST) and arbitrary reduction of subsidies — in short when ordinary people are hurting.

The test now will be whether the opposition will focus on shared interests for the nation or continue to disappoint. So far, the opposition has achieved the latter. It lacks unity and is unable to focus on the core issues involved. There appears to be little collaboration and focus on what Malaysia needs — a clear path toward greater reform, political stability and economic confidence.

This crisis will reveal the capability, character and mettle of opposition and UMNO leaders alike. It will also mark a turning point for the public, as they move toward demanding reform, democracy and good governance.

The current scandal may indeed appear to be one of Malaysia’s darkest times, and it cannot be ignored that there is the potential for even darker days ahead in the evolution of this crisis as Najib fights to hold onto power. But there are choices that can be made at multiple levels that can put the country on the right side of history.

Bridget Welsh, is a senior research associate of the Center for Democratic Studies at National Taiwan University, an associate fellow of The Habibie Center and university fellow of Charles Darwin University. This article first appeared on East Asia Forum under a Creative Commons license and is reproduced here with its permission

A longer version of this article appeared here on Malaysiakini.