Asean Urbanisation And The AEC 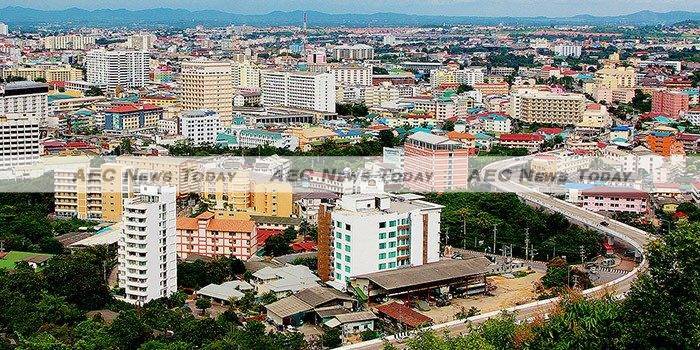 As the Association of Southeast Asian Nations (Asean) takes steps toward implementing the Asean Economic Community (AEC) by the end of 2015, they should be cognisant that the paths towards economic integration and sustainable Asean urbanisation are closely intertwined. Southeast Asian cities will play a critical role in the unfolding of the AEC.

Asean represents an economically dynamic region. Between 1970 and 2013, Asean’s gross domestic product (GDP) grew over tenfold — from US$ 129 billion to US$ 1.39 trillion. The founding countries of Asean rapidly grew during the 1970s and 1980s after opening their economies to external trade and foreign direct investment (FDI). In recent years economic growth has also picked up in the other Asean member countries.

But the economic role of cities in Asean is not as well-known as Asean’s economic potential.

In 2011 UN-Habitat (the UN Human Settlements Programme) estimated that 47 per cent of the region’s population lived in cities and towns, and produce 80 per cent of Southeast Asian GDP. This underscores the higher economic productivity of city-based secondary and tertiary activities.

Southeast Asian cities are bound to perform an expanding role in the future of the regional economy if the AEC is successfully implemented. A 2014 report by the McKinsey Global Institute analysed the ways in which Southeast Asia could address its productivity challenges and find new catalysts for economic growth in the future.

Looking toward Asean’s economic prospects, the study proposed three paths to prosperity that could contribute 19-42 per cent of the region’s GDP by 2030. Two of these relate directly to the expanding role of Asean urbanisation.

First, Asean should ‘capture a greater share of global flows’. This entails increasing exports within and outside the AEC’s regional trading block.

It also involves expanding the region’s manufacturing base, especially as multinational companies look for new production sites (that often are well-serviced urban centres) in the wake of rising labour costs such as in China.

Second, Asean should ride the urbanisation wave. Since the middle of the 20th century, Southeast Asia has witnessed phenomenal levels of urbanisation. From 1950-2014 urban populations in Southeast Asia grew from 26 million to 294 million — an increase of more than 1,000 per cent.

This striking rise in the urban power of consumption will have impacts at multiple levels, including by increasing demand for consumable goods and services, and for developed land.

But it will also cause an irreversible change in land use — from agriculture and forests to urban built-up areas — leading to concerns about food security, biodiversity and ecological systems. And it is likely that the expanding ‘consuming class’ will spur demand for private vehicles, further increasing greenhouse gas emissions.

But although urbanisation in Southeast Asia is positively correlated with economic growth, not everyone living in cities has benefited from this phenomenon. Urban income inequality is on the rise in Southeast Asia and the percentage of urban people under the poverty line varies from 1 per cent in Malaysia to 10 per cent in Laos.

In 2011, the urban informal employment level in Thailand was recorded at 42 per cent, 68 per cent in Vietnam, and 72 per cent in Indonesia. And between 1990-2012 the urban slum population in Southeast Asia increased from 69 million to 80 million.

National and urban local governments in Asean will need to develop policy instruments to redistribute national income to those who have not benefited from the economic growth of cities. Until this is done urban poverty, inequality, and informality will pose formidable challenges to Asean policymakers.

Additionally, Asean should not ignore the effects of economic integration on urbanisation.

Creating ‘a single market and production base’ under the AEC has the potential to alter the spatial and economic landscape of human settlements in Southeast Asia.

In particular, the free flow of goods and services will directly relate to governance and sustainable Asean urbanisation. The movement of goods across borders without tariffs is likely to flood domestic markets across the region with cheaper imports. This will displace local manufacturing bases which are generally located in urban centres.

Local innovation and entrepreneurship, which are often based in cities and towns, will have to compete with multinational corporations at the regional and global levels — with low chances of success.

It is unclear how national and local governments will protect local entrepreneurs, enterprises, and businesses. Leaving them to the mercy of market forces has potentially negative implications for sustainable Asean urbanisation and urban development.

The AEC service packages include construction, waste management and water supply — which are all of direct relevance to urban centres.

The construction industry is mostly private in Southeast Asia, while waste management and water supply are largely public-sector services in the region, although this is changing toward privatisation in many places.

If the processes of private-sector-led construction, waste management and water supply systems are not managed and governed properly — especially by urban local governments which often have poor administrative, technical, and financial capacities — these may result in serious social and environmental consequences at the local levels.

As the AEC prepares to be launched at the end of 2015, how member countries manage the process of sustainable Asean urbanisation will prove central to the functioning of the AEC in the future.

Written by Bharat Dahiya, an urbanist based at the Social Research Institute at Chulalongkorn University, Bangkok. This article first appeared on East Asia Forum under a Creative Commons license and is reproduced here with its permission. An extended version of this article was originally posted here at The Heinrich Boell Foundation.