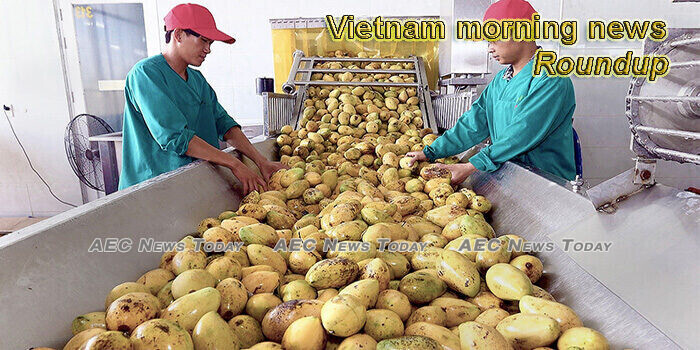 Vietnam races ahead of China in economic growth: opportunities and challenges for Vietnam in the post-COVID- 19 period
According to World Economic Forum, Vietnam’s economic rise can be explained by three main factors: “First, it has embraced trade liberalization with gusto. Second, it has complemented external liberalization with domestic reforms through deregulation and lowering the cost of doing business.
— India Times

Will Vietnam’s new energy policy mark a turning point for coal?
As other countries pull out of Vietnam’s coal sector, Chinese banks have become the lender of last resort for struggling projects.
— Chinadialogue

Đang Tháp Province to focus on boosting tourism
Đang Tháp Province will take a number of measures to attract tourists after the Covid-19 pandemic is fully controlled, according to its People’s Committee.
— Viet Nam News

Bac Giang wraps up 2020 lychee season with revenues of US$297.5 million
Bac Giang Province, a major lychee growing region in northern Vietnam, has earned revenues of VND6.9 trillion (US$297.5 million) from this particular fruit in the 2020 season. That means a 9.5% rise as compared to the previous year.
— Fresh Plaza

Vietnam boosts durian promotion and consumption in Australia
Customs clearance procedures have recently been resolved for seven tonnes of Vietnamese frozen durian into the Australian state of New South Wales, kick-starting the fruit’s journey to conquer consumers in one of the world’s most fastidious markets.
— NDO

VN unlikely to reach pepper export target this year
Việt Nam may not reach its pepper export goal for this year due to many difficulties, according to the Việt Nam Pepper Association (VPA).
— Viet Nam News

New hope in the fight against the coronavirus
More than four months into the pandemic, there are promising developments in the two areas…
— Vietnam Insider

PM urges stock market to rise to ’emerging’ status soon
The securities market has been successful over the past 20 years, but has to grow rapidly now to achieve emerging market status, Prime Minister Nguyen Xuân Phúc told a ceremony held to celebrate the 20th anniversary of the Vietnamese stock market at the Ho Chí Minh Stock Exchange on Monday (July 20).
— Viet Nam News

FrieslandCampina begins 5-year programme to improve health, stature of children
The Ministry of Education and Training’sdepartment of primary education on July 9 signed a five-year agreement with FrieslandCampina Việt Nam for a VNĐ55 billion programme called ‘For Vietnam to Leap Forward and Reach Higher’.
— Viet Nam News

Vietnam will conduct 50 more flights to repatriate citizens abroad
From now to the end of August 2020, the aviation sector will continue working with…
— Vietnam Insider

Cargo handled at seaports maintains growth
Cargo passing through Vietnamese ports rose by 6 per cent in the first seven months of the year, despite the COVID-19 pandemic.
— Viet Nam News

AIIB approves $100-million loan to VPBank
Small and medium enterprises are the backbone of the economy and by injecting liquidity into the market, we can help this critical sector as part of the overall economic recovery in Vietnam, said AIIB Vice President, Investment Operations, D.J. Pandian.
— Viet Nam News

Kon Tum Province eyes sustainable development of macadamia farming
As an ideal location for tropical trees that require high humidity, the Central Highlands province of Kon Tum plans to cultivate macadamia trees on 1000ha by 2025, according to the its Department of Agriculture and Rural Development.
— Viet Nam News

Insider view of M&A in Vietnam
Mergers and acquisitions are useful tools in facilitating corporations in deploying their business in Vietnam….
— Vietnam Insider

VN-Index tipped to approach 900 points by the end of this year
COVID-19 is still the decisive factor influencing the stock market.
— Viet Nam News

Việt Nam vows to partner with Korean firms to overcome hardships: Minister
Vietnam has pledged to work closely with other countries, including the Republic of Korea (RoK), to overcome difficulties amid the COVID-19 pandemic.
— Viet Nam News