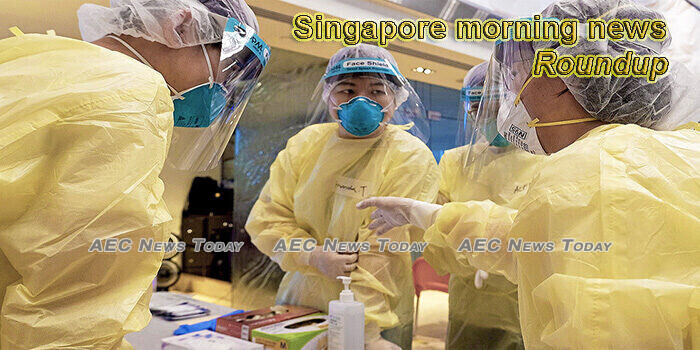 Tobacco product packaging to be standardised from July 1
The packaging will include enlarged graphic health warnings, and will apply to all tobacco products, including cigarettes, cigarillos, cigars, beedies, ang hoon and other roll-your-own tobacco products.
— Straits Times (annoying popups)

4 more deaths from dengue, cases surpass 13,500 this year
There are now 307 active clusters, with 102 designated as high risk with 10 or more people infected within 150m of each other within a two-week period.
— Straits Times (annoying popups)

Jetstar Asia laying off quarter of staff
Singapore budget carrier Jetstar Asia has taken the ‘difficult but necessary decision’ to cut more than a quarter of its workforce.
— TravelMole

Singapore PM’s brother thrusts first-family row into politics
When the brother of Singapore’s prime minister joined the opposition to the party their father led through the city-state’s independence and rise as a nation, he brought a bitter family squabble into the realm of politics on the eve of a general election.
— Reuters

Local attractions well-maintained during Covid-19 circuit breaker, ready to reopen in July
From maintaining flowering plants to caring for various wildlife to making sure that art pieces are kept at the right temperatures, attractions in Singapore have been keeping busy though closed for the last few months.
— Straits Times (annoying popups)

Over 3,000 people to be swabbed for Covid-19 in shelters, children’s homes and special needs centres
More regional screening centres are being set up to meet the anticipated increase in the number of people being tested.
— Straits Times (annoying popups)

IMDA fails to address 48-hour deadline for parties to submit scripts for televised campaigning
There is no requirement for political parties and candidates to submit their scripts for e-rallies and other online campaigning activities, said the Infocomm Media Development Authority (IMDA) on Sunday (28 June).
— The Online Citizen

All students and staff in close contact with infected student tested negative for Covid-19: Ong Ye Kung
All 39 students and 11 staff of East Spring Secondary School, who were in contact with a Covid-19 infected student, have tested negative, Education Minister Ong Ye Kung said in a Facebook post on Monday (June 29).
— Straits Times (annoying popups)

Builders can consider hostels for worker housing; but safe-distancing rules stay
DESPERATE to ride out the lull in backpacker tourism amid the novel coronavirus pandemic, the owners of some 40 boutique hostels in Singapore are calling for the authorities to actively encourage firms to use their premises to house foreign workers.
— The Business Times

Process of proving to be from a minority group for GE is “discriminatory and divisive”, says SDP chairman Paul Tambyah
Singapore Democratic Party’s (SDP) chairman Dr Paul Tambyah said in a Facebook post on Monday (29 June) that he had to endure another round of humiliation to prove he is “Indian enough” to be part of the upcoming general election (GE).
— The Online Citizen

ComfortDelGro to roll out ‘fastest’ DC fast charger for EVs in Singapore from July 1
COMFORTDELGRO on Monday said it will roll out what it claims to be Singapore’s fastest public commercial direct current (DC) charger for its cabbies and electric vehicle (EV) owners from July 1.
— The Business Times

Ministries, agencies help disadvantaged families make full use of $3,000 grant for children
When Ms Zamaira Bibi, 34, a divorcee with three daughters, heard about the Child Development Account (CDA) First Step grant, she thought her children were not eligible for it as she did not have a valid marriage certificate.
— Straits Times (annoying popups)

4 weeks’ jail for woman who bribed ICA officer to expedite her PR application
A woman was jailed for four weeks over bribing a then Immigration and Checkpoints Authority (ICA) customer service officer with $1,500 to expedite her application for Singapore Permanent Resident (PR) status.
— Straits Times (annoying popups)

Temasek said to be keeping tabs on Keppel results as $4 billion bid hangs in balance
Temasek is prepared to drop a $4 billion bid for control of Keppel Corp should the Singapore conglomerate’s next earnings report trigger a clause that allows it to walk away, according to people familiar with the matter.
— Straits Times (annoying popups)

WP GE 2020 candidate Raeesah Khan: Being an elected official does not make one “more important than the person cleaning our tables”
Raeesah Khan, the Workers’ Party (WP)’s youngest candidate for the coming general election, shares her experiences in empowering the lives of marginalised Singaporeans in a video released on Monday (29 June).
— The Online Citizen

Singapore Exchange to pay US$128 million to fully acquire FX trading platform
Singapore Exchange (SGX) said on Monday (Jun 29) that it will pay about US$128 million to buy the 80 per cent stake it does not own in trading platform, BidFX, as it seeks build its presence in foreign exchange futures and the over-the-counter market.
— Channel NewsAsia (very annoying popups)

Man, 36, who sexually assaulted stranger found unfit for caning, gets more jail time
A man who was sentenced to 11½ years’ jail and 12 strokes of cane for a violent sexual attack on a woman he followed into a lift has been spared caning due to a pre-existing back injury.
— Straits Times (annoying popups)