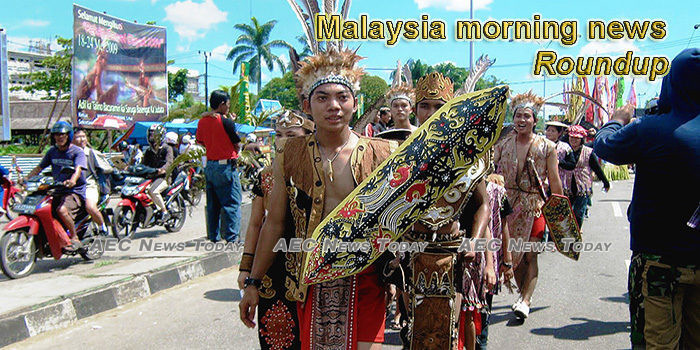 With aviation sector grounded, sources say AirAsia looking to cut headcount
AirAsia Group Bhd is planning to reduce its staff size as the low-cost carrier has been devastated along with the global aviation sector by the Covid-19 pandemic and government measures to contain it, according to internal.
— Malay Mail

Malaysia’s April exports plunge 24%, biggest fall in decade
Malaysia’s exports tumbled 23.8 per cent in April from a year earlier, the steepest fall in a decade, as the COVID-19 pandemic badly disrupted the global supply chain, the government said on Thursday (Jun 4).
— CNA

Government transition does not affect war on Covid-19- Health DG
A transition in government does not disrupt the effort of the Ministry of Health (MOH) from continuing to combat the spread of Covid-19 cases in Malaysia, said Health director-general Datuk Dr Noor Hisham Abdullah.
— The Borneo Post

CIJ stands in solidarity with arrested unionists
The Centre for Independent Journalism (CIJ) has condemned Tuesday’s arrests of five protesters participating in a peaceful assembly in front of the Raja Permaisuri Bainun Hospital in Ipoh, Perak.
— New Sarawak Tribune

After picketers arrested outside Ipoh hospital, UEM Edgenta claims alleged union-busting was part of ‘insourcing’ deal
UEM Edgenta Bhd denied today the National Union of Workers in Hospital Support and Allied Services’ (NUWHSAS) allegations of anti-union tactics and mistreatment of its members, after five workers were arrested for picketing this.
— Malay Mail

Enter Sabah to generate economy if Covid-19 free, says chief minister
The state government’s decision to open all entry gates to Sabah is aimed at reviving the economic sector which is affected following the Covid-19 pandemic since the movement control order (MCO) was introduced on March.
— Malay Mail

Man fined RM5,000 in Sarawak’s first Covid-19 quarantine violation court case
A 27-year-old man, who violated the home quarantine order for a bowl of ‘kampua’, was fined RM5,000 in default five months jail after he pleaded guilty in the Magistrate’s Court here today.
— The Borneo Post

Forms Five, Six to reopen under Education Ministry’s SOP
The Education Ministry’s standard operating procedures (SOP) for the reopening of schools, which is available on the National Security Council’s website, caters only for Forms Five and Six classes but it does not specify when they can resume.
— The Borneo Post

Fire Dept reminds shopping malls to ensure emergency exits remain accessible during CMCO
On May 4, shopping malls which had been largely empty and quiet for the last 47 days slowly came alive after the government announced that restaurants and other retail outlets could resume business with new standard.
— Malay Mail

Socso: Job losses in Malaysia increased by 42pc in Q1 due to Covid-19
Due to the Covid-19 pandemic, job losses in the country has increased by 42 per cent year-on-year for this first quarter (Q1 2020), according to the Social Security Organisation’s (Socso) Employment Insurance System (EIS).
— Malay Mail

In reopening schools, ex-minister Maszlee moots staggering classes according to grades
Former education minister Maszlee Malik said that students must return to school, even if they go to class only once a week.
— Malay Mail