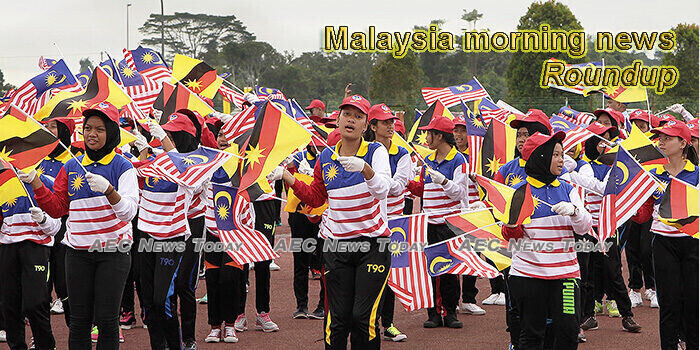 AirAsia offers 50 % discount for returning fare
AirAsia Group Bhd has launched a special promotion of 50 per cent discount on the returning fare when customers booked a round trip ticket applicable for any Malaysian domestic flights between July 20 to July 24 for the travel period between Aug 4 to Dec 6 this year.
— The Sun Daily

Government should help private sector to revive economy, say experts
The government can relax business regulations and create more partnerships with the private sector instead of encouraging impoverished consumers to spend.
— The Sun Daily

Goldman Sachs executives in Malaysia to discuss 1MDB: finance minister
Last month, Tengku Zafrul said even compensation of $3 billion would be unacceptable, and that Malaysia would pursue its legal case against Goldman Sachs until an acceptable settlement was offered.
— Reuters

Foreign selling on Bursa triples to RM905.9m last week
Foreign net outflow quickened to a tune of RM905.9 million net of local equities last week versus an outflow of RM270.0 million in the preceding week. MIDF Research said this was the 22nd consecutive week of foreign net selling.
— The Sun Daily

Over RM240,000 worth of drugs seized from foreign syndicate
The Customs Department has dealt a severe blow to a drug smuggling syndicate operated by foreigners here.
— The Star Online

Malaysia surpasses 26 countries to become 2nd in Asia for … cyber-bullying
The Pew Research Center classifies Malaysia among the world’s most morally conservative countries, but that is a misnomer.Malaysians are, in fact, among the most aggressive on social media.
— The Sun Daily

Finance Ministry to study rakyat’s proposal for Budget 2021
The Finance Ministry will study each proposal submitted by the people and stakeholders in drafting the 2021 Budget which is scheduled to be tabled in Parliament in November, and subsequently the tabling of the 12th Malaysia Plan (12MP) next year.
— The Sun Daily

Finance Ministry to study Malaysians’ proposals for Budget 2021, says deputy minister
The Finance Ministry will study each proposal submitted by the people and stakeholders in drafting the 2021 Budget which is scheduled to be tabled in Parliament in November, and subsequently the tabling of the 12th.
— Malay Mail

Minister: Communications Ministry to check Al Jazeera’s licence, accreditation with Finas
The Ministry of Communications and Multimedia (KKMM) is checking if the controversial documentary Locked Up In Malaysia’s Lockdown produced by international media Al-Jazeera was licensed by the National Film Development.
— Malay Mail

Manpower situation to strengthen after RMCO
The manpower situation in the country is expected to further strengthen in the second half of this year with the economic situation regaining its momentum after the Recovery Movement Control Order (RMCO) was enforced, the Dewan Rakyat was told today.
— The Sun Daily

Selangor records highest number of flood victims
A total of 292 flood victims from 73 families are currently housed at six relief centres in three states as of 4pm today, according to the latest flood situation report released by the National Disaster Management Agency (Nadma) today.
— The Sun Daily

Sept 7 : Management of DJ Patrick Teoh’s case for insulting TMJ
The Sessions Court here today fixed Sept 7 for management of a the case involving popular deejay Patrick Teoh who was charged with making an offensive statement against the Tunku Mahkota of Johor (TMJ) Tunku Ismail Sultan Ibrahim.
— The Sun Daily

Section 17A of MACC Act can curb graft post-MCO
Section 17A of the MACC Act 2009, which came into force on June 1, is the perfect weapon to curtail corruption at a time when companies struggling to keep afloat may consider bribery to earn a quick profit.
— The Sun Daily

Unemployed man claims trial to giving RM350 bribe, ordered to undergo mental health test
A 37-year-old unemployed man pleaded not guilty at the Sessions Court here to the charge of offering a bribe amounting to RM350 to a police officer on July 13.
— Malay Mail