Is the South China Sea at a crossroads? 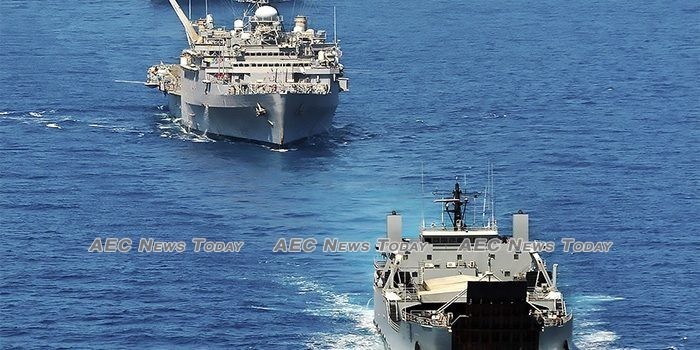 The South China Sea remains a focal concern within the international community, grabbing headlines and placed firmly on the agendas of many bilateral and multilateral political and academic summits. While likely to remain relatively stable in 2020, worrying developments and uncertainties are on the rise.

Though negotiations over the text of the Code of Conduct in the South China Sea (COC) are progressing, substantial divergences over key points are emerging and competition for influence and leadership in regional institution building is heating up. In particular, as the United States takes steps to implement its Indo-Pacific strategy, the South China Sea provides a major platform for containing China in the military and security domains.

In other words, we cannot underestimate the danger of a turbulent South China Sea if disagreements spill-over and expand.

Unilateral actions by claimants will continue to be a major factor leading to instability.

Some countries may push ahead with oil and gas exploration activities in the blocks of territory they claim which have rich potential. They may also conduct new rounds of prospecting or development in other blocks with economically recoverable reserves.

The COC textual negotiations may also run into expected and unexpected difficulties. Though the negotiations have reached the stage of a second reading, differences are likely to emerge among claimants over regulatory targets, the scope of application, legally binding powers and enforcement mechanisms.

Extra-regional powers such as the United States, Japan, the United Kingdom, and Russia may attempt to exert their influence over the negotiations on issues such as oil and gas development and joint military exercises.

Similarly, legal disputes over the South China Sea will intensify.

Beijing and Manila have agreed to shelve the Hague tribunal’s decision on the South China Sea arbitration since 2016. But pro-US and anti-China sections of the public in the Philippines continue to pressure the Duterte government to handle disputes with China in the South China Sea in line with the verdict.

Vietnam and other claimants cite the arbitration decision as endorsement for their unilateral actions. Vietnamese politicians and academics clamour for submitting Vietnam’s disputes with China to the international court for arbitration.

The possibility cannot be dismissed that Vietnam, backed by the United States and some European countries, will take substantive steps to provoke a legal war with China. After all, it is a major objective of some claimant countries to protect their interests by ‘internationalising’ the South China Sea issue.

These countries push the issue on the diplomatic front and claim at multilateral arenas that China poses a threat in the South China Sea. On the military front, they coordinate with extra-regional countries and help them expand their military presence in the South China Sea by providing access to military bases, arms procurement and joint exercises. On the economic front, they invite transnational oil companies to conduct oil and gas exploration in disputed waters.

Close cooperation between the United States and Vietnam on the South China Sea issue risks creating a ‘black swan’ event — an event that is improbable, but could have far-reaching consequences. The United States needs the South China Sea issue to contain China, while Vietnam needs US power to counterbalance China. This is where their interests converge.

Since the confrontation between China and Vietnam on Vanguard Bank (Wan’an Tan) in 2019, US diplomats and media outlets have frequently voiced their support for Vietnam. The two countries have seized this opportunity to step up their defence and security cooperation through intelligence sharing, port calls by military vessels, and arms aid.

Vietnam holds the Asean rotating presidency and a non-permanent seat in the UN Security Council in 2020, meaning it has opportunities to take new steps in internationalising the South China Sea issue.

The United States may treat Vietnam as a new conduit to pursue its interests the South China Sea and as an important base for forward deployment of its forces. The United States may step up intelligence gathering, reconnaissance and containment of Chinese activities in the region.

The South China Sea issue is at a crossroads from where it could either move forward towards stability or return to turbulence. The process towards stability relies on mutual trust, consensus and cooperation between China and the other claimants. To build a regional rules-based order featuring equity, transparency and openness should remain the headline task and goal for all parties involved.

This article was written by Shicun Wu, a president and senior research fellow at China’s National Institute for South China Sea Studies. He is also chairman of the board of directors of the China–Southeast Asia Research Center on the South China Sea. It first appeared on East Asia Forum under a Creative Commons License and is reproduced here with its permission.