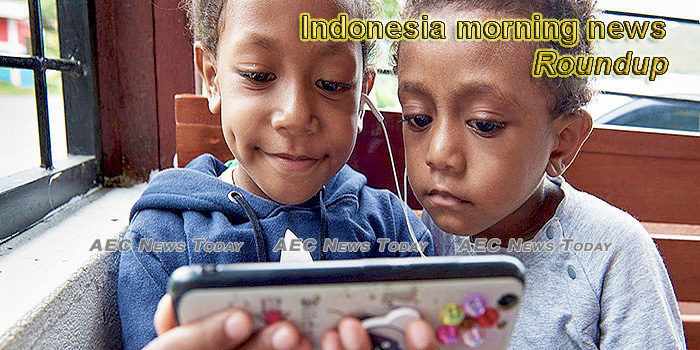 With limited access to birth control, Indonesia set to see a COVID-19 baby boom
Stay home and make babies? As condoms and other forms of birth control are unavailable to a growing number of Indonesians during the COVID-19 pandemic, the world’s fourth-most populous nation may see a baby boom.
— The Jakarta Post

Airport Turns to Covid-19 Swab Tests, instead of Rapid Tests
State-run airport operator Angkasa Pura I (AP I) planned to study the use of polymerase chain reaction or PCR swab tests to detect passengers carrying the novel coronavirus in airports under its management.
— Tempo.co

Where Bats Are Still on the Menu, if No Longer the Best Seller
Indonesia’s wildlife markets are “like a cafeteria for animal pathogens,” but they have resisted efforts to close even as China has shut its own markets over coronavirus fears.
— The New York Times

Jakarta’s Forgotten Horses
Horse-drawn buggies that used to carry tourists around the National Monument in Central Jakarta have been banned since three months ago as the city went into semi-lockdown to limit the spread of coronavirus.
— Jakarta Globe

‘Large volatility’: Coca-Cola Amatil struggles with sales in Oceania and Indonesia amidst COVID-19 lockdowns
Coca-Coca Amatil has been hit with plummeting sales volumes in Australia, New Zealand and Indonesia amidst COVID-19 lockdowns being implemented by all three countries, but remains positive that its strong foundations will tide it through the crisis.
— Food Navigator-Asia

Jakarta Sees Highest Rate of Covid-19 Death Toll
The Indonesian government reported a total of 1,007 deaths from the new coronavirus disease called Covid-19 as of May 12, 2020.
— Tempo.co

Indonesia Calls on UN to Protect Rights of Fishermen
Indonesia called on the United Nations to do more to protect its fishermen at a Human Rights Council virtual assembly on May 8, after allegations surfaced that the bodies of Indonesian fishermen were being dumped into the sea by Chinese vessels.
— Jakarta Globe

UU Minerba; Controversial Aspects Embodied in Mining Law
The majority of the House of Representatives (DPR) on Tuesday’s plenary meeting went in favor of the government after they officially passed the coal and mineral Bill (UU Minerba) into a Law.
— Tempo.co

COVID-19 Update: Recovery Cases Outweigh the Death Toll
The number of coronavirus (COVID-19) recoveries has increased to 3,287 cases with the additional 224 recoveries as of Wednesday, May 13.
— Tempo.co

Concerns over West Java as Aid Recipient Inflates to 38 Million
West Java Governor Ridwan Kamil has expressed his concerns over the inflating number of social aid recipients, as it has increased from 25 to 63 percent.
— Tempo.co

Indonesia, EU Hopeful on Green Agenda amid Pandemic
In spite of the COVID-19 pandemic, the European Commission has revealed that hopes remain high in maintaining their diplomatic and economic ties with Indonesia, geared to fulfill the Commission’s Green Deal.
— Tempo.co

Ensuring only healthy foreigners enter through Batam city: officials
The administration in Batam city, Riau Islands is ensuring that only those foreigners who are in good health enter Indonesia through the city, in accordance with a Health Ministry circular (number 313 of 2020).
— Antara News

President Jokowi Addresses Shallots and Sugar Soaring Prices
President Joko “Jokowi” Widodo on Wednesday announced that he had ordered state officials to investigate the cause that is driving the irrational high prices of sugar and shallots sold in the market.
— Tempo.co

Bali’s Denpasar to impose COVID-19 restrictions that keep businesses running
Denpasar city on the resort island of Bali is set to impose its own kind of mobility restrictions starting Friday in an effort to clamp down on the transmission of the coronavirus.
— The Jakarta Post

Internet traffic projected to rise 20 percent during Ramadhan
Cellular operators are expecting a 20-percent surge in Internet traffic during the month of Ramadhan this year, with the COVID-19 outbreak contributing to higher Internet usage.
— Antara News

COVID-19: Over 100 early released prisoners have reoffended, police say
More than 100 convicts who were released early in an effort to prevent the further transmission of COVID-19 in prisons are back to committing crimes, according to the National Police.
— The Jakarta Post

Gov’t Sets Up Programs to Keep Arts and Creative Industries Alive During Pandemic
The Education and Culture Ministry has been setting up new programs to help art and creative workers who have lost their income during the coronavirus pandemic to get back on their feet.
— Jakarta Globe

Investors flock to Indonesia dollar bonds with sales at record
Indonesian borrowers are selling a record amount of dollar bonds, as the country’s strong fiscal track record in recent years fuels optimism on its ability to weather the COVID-19 crisis.
— The Jakarta Post

SOEs Raise $3.6b From Global Market Amid Pandemic
Indonesian state-owned enterprises have raised a total of $3.6 billion from sales of dollar-denominated bonds to pay back existing debts and finance some strategic projects.
— Jakarta Globe

Public Now Informed, Calming Down in Facing COVID-19: Govt
The Ministry of Communication and Information Technology has reported that the Indonesian people are now calming down, as they are more informed in facing the COVID-19 pandemic.
— Tempo.co

COVID-19 cyberthreats should prompt Indonesia to step up vigilance, watchdog says
COVID-19 is not the only threat Indonesia is currently facing — cyberattacks are also on the rise, as hackers to exploit Indonesia’s digital security vulnerabilities during the outbreak.
— The Jakarta Post

Ministry readies protocols for film industry amid COVID-19 pandemic
The Ministry of Tourism and Creative Economy is readying numerous protocols that can be applied by the film industry to ensure smooth functioning amid the coronavirus pandemic.
— Antara News

BI, government to share debt burden to finance business rescue program
The government and Bank Indonesia (BI) will “share the burden” on debt to finance rescue packages for businesses severely hit by the COVID-19 pandemic, a top official has said.
— The Jakarta Post

It’s Not All in Your Head: How to Take Care of Your Mental Health During Pandemic
To say that the coronavirus pandemic has triggered stress in many people stuck at home under lockdown – or conversely, those forced to keep going to work despite shelter-in-place orders – is a major understatement.
— Jakarta Globe

Kopi Kenangan Pulls $109m in Series B Funding
One of the fastest-growing coffee chains in Indonesia, Kopi Kenangan, has secured $109 million in its Series B funding round led by current investor Sequoia Capital and joined by several new ones.
— Jakarta Globe

Ministry records 686 hoaxes on COVID-19
The Ministry of Communication and Informatics has, as of Wednesday, recorded 686 false news stories, or hoaxes, in regard to COVID-19, which have disrupted the dissemination of information on the pandemic, said an official.
— Antara News