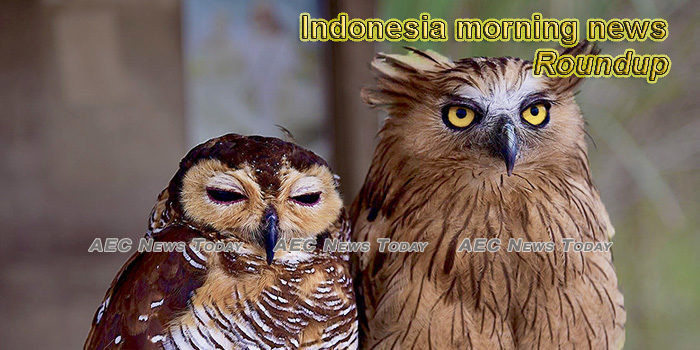 As number of coronavirus infections grow globally, Indonesia claims zero cases so far
As cases of infection and deaths from the coronavirus originating from the Chinese city of Wuhan hit a new high, Indonesia was still reporting no confirmed cases by Tuesday, although suspected cases continued to be recorded across the archipelago.
— The Jakarta Post

Indonesia unable to stop visa-free entry for all Chinese, minister says amid virus fears
Law and Human Rights Minister Yasonna Laoly is saying that Indonesia cannot abruptly stop its visa-free policy for all Chinese nationals, citing concerns over diplomatic relations, despite mounting calls for the government to do so to keep the archipelago free of a deadly coronavirus that started in China.
— The Jakarta Post

RSPI Readies 50 Isolation Rooms for Suspected Coronavirus Patient
The Infectious Diseases Hospital (RSPI) Dr. Sulianti Saroso has prepared 50 rooms in anticipation of suspected coronavirus (nC0v) patients, although the distribution of the coronavirus Indonesia has yet to be identified.
— Antara News

Indonesia distributes Rp 133m in aid for citizens trapped in virus-hit Hubei province
The Foreign Ministry is distributing Rp 133.2 million (US$9,763) for hundreds of Indonesian citizens trapped in the locked-down cities of Hubei province in China, where the novel coronavirus has rapidly spread, to help them to buy food and logistics supplies in the quarantined zone.
— The Jakarta Post

Jokowi Talks of Evacuation Attempt of Indonesians in China
President Joko “Jokowi” Widodo said the government has an option to evacuate 92 Indonesian citizens currently residing in Wuhan as the coronavirus outbreak accelerates.
— Tempo.co

Indonesia ‘vigilant’ about economic risks of coronavirus
The government believes the spreading coronavirus in China will add to downside risks and uncertainties in the domestic economy as Indonesia’s largest trading partner braces for a blow to its economic growth.
— The Jakarta Post

Indonesia’s first domestically assembled submarine ‘milestone’ to boost defense industry
In Javanese puppet stories, the alugoro was the weapon of Baladewa, the older brother of Kresna, the focal figure in the Hindu Mahabharata epic.
— The Jakarta Post

Coronavirus: Minister Johnny Ask Public Not to Spread Hoax
Minister of Communication and Information Johnny G Plate asks the public to use social media wisely, especially in selecting and spreading information about the coronavirus outbreak.
— Tempo.co

BKPM head vows to resign if fails to improve Indonesia’s doing business rank
Investment Coordinating Board (BKPM) head Bahlil Lahadali says he is ready to resign if the country’s ease of doing business (EODB) rank did not reach the top 50 in the next four years.
— The Jakarta Post

Another Immigration Director Ousted in Links to Harun Masiku Case
Following the dismissal of the director-general of Immigrations Ronny Sompie due to the polemic surrounding the whereabouts of PDIP’s legislative candidate Harun Masiku, Immigration’s director of system and technology Alif Suadi has also been dismissed by Law and Human Rights Minister Yasonna Laoly.
— Tempo.co

Relaxed foreign ownership rule for insurers could save Jiwasraya: Experts
Foreign investors can now own a more than 80 percent stake in Indonesian insurance companies after the authorities that oversee the industry currently embroiled in cases of financial mismanagement committed to making regulatory reforms and tightening oversight in an effort to restore public trust.
— The Jakarta Post

Government to test illegal cellphone restrictions based on IMEI
The government will test its planned restriction of illegal cellphones using the devices’ unique International Mobile Equipment Identity (IMEI) numbers before it implements the new regulation in April.
— The Jakarta Post

Batam mayor expresses gratitude after China cancels all flights to city
Batam Mayor Muhammad Rudi has expressed appreciation for the Chinese government’s decision to cancel flights to several cities in Indonesia, including Batam in Riau Islands, amid fears of a possible domestic coronavirus outbreak.
— The Jakarta Post

Immigration, KPK in hot water for inability to find Harun
With the Indonesian Democratic Party of Struggle (PDI-P) politician and graft suspect Harun Masiku still at liberty, the Law and Human Rights Ministry has removed Ronny Sompie from his post as immigration director general pending the outcome of an investigation by an independent team that will examine the misinformation from that office that hampered the hunt for the suspect.
— The Jakarta Post

Omnibus law ‘may sacrifice’ human rights, environment
The omnibus bill on job creation could embolden the government in its sense of impunity and require more sacrifices from the public for the sake of investments, according to the Commission for Missing Persons and Victims of Violence (Kontras).
— The Jakaeta Post

Grab launches new airport e-taxi service at Soekarno-Hatta
The capital can expect to see more electric vehicles (EVs) on its streets with the launch of GrabCar Elektrik, an electric taxi (e-taxi) service based out of Terminal 3, Soekarno-Hatta International Airport.
— The Jakarta Post

‘Gold money’ helps Sumbawa recover from earthquakes, but now it battles mercury poisoning
Small-scale gold mining has caused concerns in West Sumbawa regency, West Nusa Tenggara (NTB), due to the massive use of mercury and cyanide that can cause health and environmental problems.
— The Jakarta Post

Gov’t Should Stop Using Repressive Approach to Prevent Sectarian Conflicts: Civil Groups
Civil groups advocating for freedom of religion and faith have demanded that the government fix its approach in preventing potential sectarian conflicts and ensure better freedom for everyone to practice their faith.
— Jakarta Globe

‘Sunda Empire’ leaders, with mission ‘to settle debts at the World Bank’, arrested for fraud
The West Java Police have arrested the self-proclaimed “royals” involved in the “Sunda Empire” and named them fraud suspects.
— The Jakarta Post

Jokowi Tight-lipped on Ronny Sompie’s Dismissal
President Joko Widodo, or Jokowi, was reluctant to respond to the removal of Ronny Sompie as Immigration Director-General by Minister of Law and Human Rights Yasonna Laoly on Tuesday, January 28, 2020.
— Tempo.co

Indonesians turn to coding schools as digital economy flourishes
In an era in which the digital economy is thriving amid mushrooming start-ups, more Indonesian people are eager to learn to talk in the language of computers.
— The Jakarta Post

KPAI calls for more efforts to curb child prostitution in apartments
Following recent revelations of child prostitution in Jakarta and Depok of West Java, the National Child Protection Commission (KPAI) has called on the government to initiate a child-friendly apartment program to curb such crimes in high-rise buildings.
— The Jakarta Post

Egypt Awards Quraish Shihab for Services in Elevating Islam
Egypt has awarded the prominent Muslim scholar, M. Quraish Shihab, with the First-rate Honorary Stars in the fields of science and art.
— Tempo.co

‘Meth not prohibited in Islam’: Preacher arrested for selling drugs
An Islamic preacher in Kwanyar, Bangkalan regency in East Java, who was arrested last week for allegedly selling methamphetamine to his students, apparently tried to justify his actions by claiming that crystal meth was not prohibited in Islam.
— The Jakarta Post

Afterlife facility: New app offers free dead body carriage service
In September 2017, Rudianto and his wife Henny, who lived in Benda, Tangerang, Banten, shocked the public after taking their dead baby daughter home from a hospital in West Jakarta on a motorcycle.
— The Jakarta Post