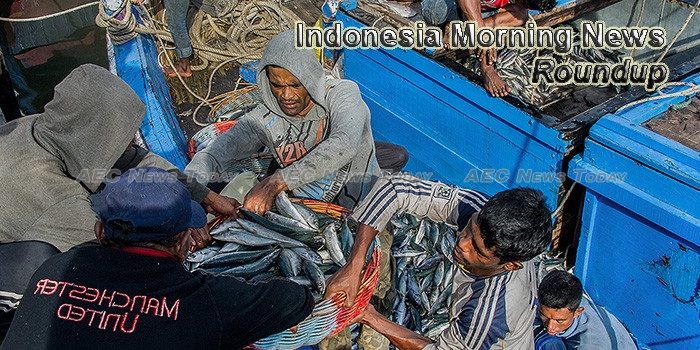 Indonesia’s oil and gas prospects running dry
Nearly half a century after it was founded, state-owned petroleum company Pertamina will soon face its biggest ever challenge when it takes sole operational control of the Mahakham, Indonesia’s biggest producing natural gas block situated off the east coast of Borneo.
— Asia Times

Thomas Lembong: Shifting of Consumer Behavior Affects Retail Industry
The phenomenon of the closing of a number of retail industry outlets have brought up the attention of Thomas Lembong, Head of Indonesia Investment Coordinating Board (BKPM).
— Netral News

Lazada says Depok facility to become delivery hub, not warehouse
E-commerce company Lazada Indonesia said it is constructing a delivery hub in Sawangan, Depok, and has been in the process of obtaining permits from the local authorities since August.
— The Nation

Indonesia may lift curbs on JPMorgan’s government business
Indonesia may soon lift a ban on government entities doing business with JPMorgan Chase & Co, a year after the US investment bank was shunned over negative comments about the stock market.
— Business Times

Indonesia kicks off tender for Rp13.7t seaport construction
The Indonesian government has opened the tender process for the construction of the Tatimban Port in Subang, West Java, that is worth Rp 13.7 trillion (US$1 billion), an official said in Jakarta on Sunday.
— The Jakarta Post

Maybank Indonesia earnings rise 12% in M9FY17
PT Bank Maybank Indonesia Tbk has recorded a net profit after tax and minority interest (Patami) of Rp1.4tril (RM436.76mil) for the first nine months of FY2017, a 12% increase from Rp1.3tril from the year-ago period.
— The Star Online