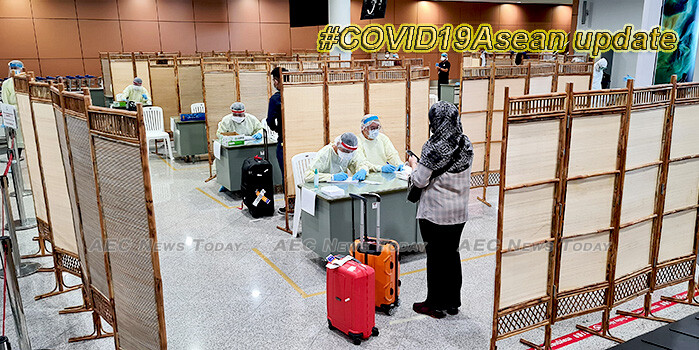 In the Philippines eight fatalities yesterday saw COVID-19 deaths there rise to 1,177, while 630 fresh infections saw the active caseload jump to 21,362, of which 82 are regarded as serious or critical. Following treatment 250 people were declared as recovered.

In Singapore the number of active COVID-19 cases continued to ease on the back of 218 new infections and 648** discharges to 6,697**, with one patient said to be serious or critical.

Meanwhile, Malaysia yesterday saw its COVID-19 active caseload ease to 289 on the back of 15 new cases and 21 discharges, with two people said to be in a serious or critical state.

Thailand yesterday recorded three new cases in returnees in quarantine to see the active number of cases there ease to 71, on the back of four discharges, with one person said to be serious or critical.

One discharge in Vietnam yesterday saw COVID-19 infections there drop to 21, while there were no reports of changes in Brunei, Cambodia, Lao PDR, or Myanmar.

Since the first Asean case of COVID-19 was identified in Thailand on January 12 there has been 132,506 confirmed cases recorded in Asean member countries with 74,479 people, or about 56.21 per cent of all Asean infections, having been treated and discharged.

In the past 24-hours the number of COVID-19 ‘survivors’ throughout Asean increased 1.71 per cent DoD, while deaths increased 1.12 per cent.

There has been 3,891 deaths attributed to COVID-19 in Asean member countries, representing a case mortality rate (CMR) based on completed cases (number of discharged + number of dead) of 4.96 per cent. Based on the total number of Asean infections the regional CMR is 2.94 per cent.

As of today, June 23, some 40.86 per cent of all confirmed COVID-19 infections throughout Asean remain active.

China yesterday reported 18 new infections to see the active caseload there jump to 349, while the total number of infections edged up to 83,396, with 78,413 recoveries and 4,634 official deaths.

According to the report for June 22 Mexico yesterday topped the daily death tally with 1,044 fatalities pushing total deaths to 21,825, while 5,343 new cases saw active infections jump to 23, 441.

Brazil recorded the second most number of new infections and new deaths globally yesterday at 24,358 and 748 respectively, pushing the total number of deaths to 51,407, while the active caseload jumped to 480,715.

India again recorded the third highest number of new cases in the period with 13,540 new COVID-19 infections reported and 312 deaths, the fourth most globally during the period.

The next most number of infections recorded in the previous 24-hours were in Russia, Chile, Pakistan, South Africa, Bangladesh, Saudi Arabia, and Colombia, who reported between 3,393 and 7,600 new cases each.

In the past seven days COVID-19 related illnesses have been blamed for the deaths of 33,703 people.

Global COVID-19 overview up to June 23

COVID-19 travel: Korean Air Cambodia to LAX via Seoul; what to expect (video)