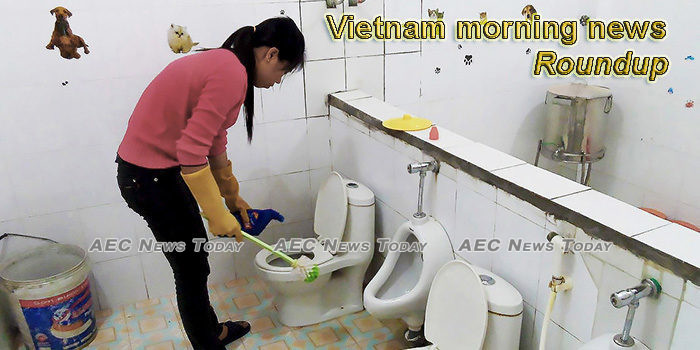 HCMC third most promising real estate market in Asia-Pacific: report
Ho Chi Minh City ranks third best out of 22 cities in the Asia-Pacific for property investment in 2020, according to a report.
— Vietnam Insider

Heineken no longer major shareholder of Vietnam’s brewer Sabeco
Heineken was a direct competitor of Thaibev for the acquisition of Sabeco in late 2017. However, Thaibev won the race by spending US$4.89 billion for a nearly 54% stake of Sabeco.
— The Hanoitimes

Vietnam’s threat of legal warfare could signal it is ready to take an even bolder stance on China
“China is a sleeping giant. Let her sleep, for when she wakes she will move the world,” warned the French emperor Napoleon Bonaparte centuries ago.
— South China Morning Post

Human resources quality remains big challenge for Vietnam
Vietnam is 11th out of 12 Asian countries in a World Bank ranking of quality of human resources with 3.79 points out of 10.
— VnExpress

Vietnam bans drones from airport vicinities
PM Nguyen Xuan Phuc has ordered the Ministry of National Defense to ban all drones within an eight-km radius of airports across the country.
— VnExpress

Food processing industry attractive to FDI enterprises
According to the Ministry of Industry and Trade, Vietnam is among top agro-forestry-aquatic product and food exporters in the world with export turnover growth of around 8-10 percent annually but raw material export still accounts for a large proportion.
— Sggp News

Hotel sector proves irresistible to investors
A number of major hotel acquisitions have taken place in Vietnam this year as the tourism market continues to boom.
— VnExpress

Hanoi looks to tighten cooperation with Japanese locality
As of the Kanagawa Festival in Hanoi, its latest holding last year has left good imprints on the locals and Vietnamese people.
— The Hanoitimes

Vietnam’s banking sector becomes more attractive to investors
Growing attractiveness of Vietnamese banks’ shares is thanks to a positive revamp and strong outlook of the sector, particularly as Vietnam is accelerating global economic integration.
— The Hanoitimes

Why Vietnamese don’t buy phones developed in their homeland?
Made-in-Vietnam phones make sense economically. The country dependent on factory work for the past 30 years is moving up the value chain into electronics.
— Vietnam Insider

Vietnam Shows Malaysia And The Philippines How To Fight The South China Sea Wars
Beijing should either get the South China Sea map right or forget the Vietnamese market — for every Chinese product, from smartphones to automobiles.
— Forbes

Deadly dengue outbreak overwhelms central Vietnam
More than 62,000 people in the central provinces of Vietnam have infected with deadly dengue fever in ten months of the year, a threefold increase compared to the same period last year. Worse, eight people died of the disease.
— Sggp News

Gala night tightens Vietnam – Korea friendship
Over 200 delegates from both Vietnam and the Republic of Korea (ROK)’s relevant agencies and business communities gathered to celebrate their friendship and cooperation at the 2019 Vietnam – Korea Friendship Night, hosted by the Korea International Cooperation Agency (KOICA) in Hanoi on November 15.
— NDO