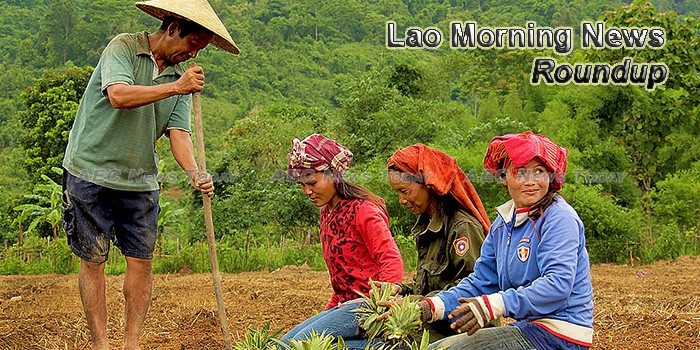 Lao govt opens centres to assist registration of workers in Thailand
The government has opened assistance centres in Thailand to help Lao workers there who currently hold purple cards (work permits), to ensure they are fully legal and are registered with the authorities.
— The Nation

Labour Inspection Remains Ineffective
The labour inspection conducted by relevant authorities is yet to be effective, strict measures aren’t taken against violators and labour units have failed to comply with the labour law.
— Lao News Agency

NUoL announces student intake
The National University of Laos (NUoL) yesterday announced its student intake for the new academic year while ruling out special exemptions for students who failed to pass the entrance exams.
— Vientiane Times

All New CR-V 2017 Unveiled in Laos, 200 Units Expected to Be Sold
All New Honda CR-V 2017 has been unveiled to Lao car users in Vientiane Capital on Aug 28 at Vientiane Centre Shopping Complex.
— Lao News Agency

Feature photo ILO in Asia and the Pacific/ Adri Berger
Find our previous morning news feature photos in the AEC News Today Morning News Feature Photos gallery where you will find a pictorial display of daily life throughout the Asean Economic Community (AEC).