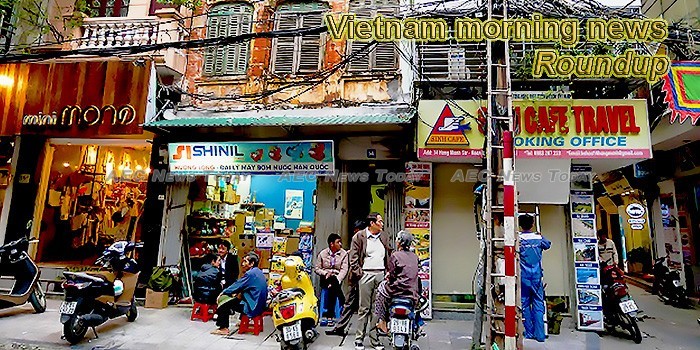 Foreign direct investment in Vietnam has climbed for six consecutive years
An Asian Communist state with a government-directed industrial policy churns out cheap goods for consumption in America. The country has a heavily controlled exchange rate, brandishes its low labor costs, enjoys a trade surplus and is wary of opening sensitive industries to foreigners.
— Vietnam Insider

China: Stricter import rules for Vietnamese fruits
Hung, a farmer who owns 3 hectares of VietGAP (Vietnamese Good Agricultural Practices) certified durian in the central highlands province of Lam Dong, said that two years ago, traders had to compete to get fruits for export to China. However, in the last two months, traders have been insisting on certification of origin for the fruits.
— Fresh Plaza

Japan among top 10 importers of Vietnam’s tra fish for first time
Vietnamese tra fish, a major foreign currency earner, has gradually won the trust of Japanese consumers as seen in the market’s emergence as one of the 10 biggest tra fish importers of Vietnam.
— VietnamPlus

Measles forecast to rise in Hanoi city
Hanoi recorded 1,193 cases of measles since the beginning of this year, however, there has been no death from this disease, according to the city’s health authorities.
— VietnamPlus

Vietnamese products on show at exhibit in China
The event, which runs until Thursday, is expected to lure more than 110,000 visitors
— Viet Nam News

An Giang to export mangoes to US in June
The Mekong Delta province of An Giang will export about 5-10 tonnes of mangoes to the US in June 2019, according to deputy director of the provincial Department of Agriculture and Rural Development Lu Cam Khuong.
— VietnamPlus

EVFTA to propel Vietnam – Norway relations: PM
Vietnam has great interest in developing maritime economy, solving the plastic waste issue, and hopes to cooperate with Norway on this issue.
— The Hanoitimes

Vietnam, Laos seek to boost connection between businesses
A cooperation agreement was inked between the Vietnam Business Association for Cooperation and Investment in Laos (Viet-Lao BACI) and the Young Entrepreneurs Association of Laos (YEAL) in Vientiane on May 14.
— Nhan Dan Online

Vietnam considered new growth engine for S.Korea: Expert
The net interest margin of banks in Vietnam, a key indicator of profitability, was about twice that of lenders in South Korea.
— The Hanoitimes

VIETBABY to be held in HCMCity
The international exhibition on products and services for maternity, mothers and children and kids, VIETBABY 2019, will be held in HCM City from May 30 to June 2, with the participation of more than 150 local and foreign exhibitors.
— Viet Nam News