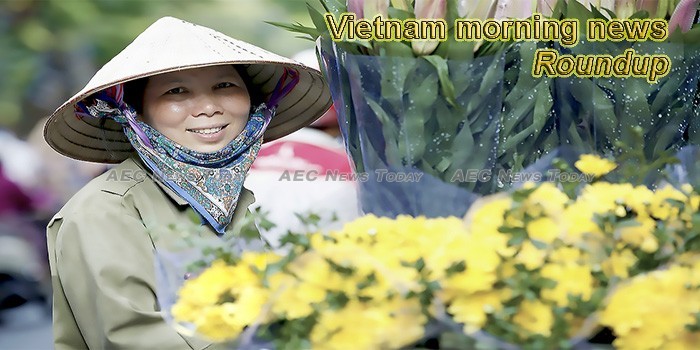 Viet Nam’s overseas investment reaches $120 million in three months
Viet Nam’s total outbound investment in the first quarter of the year hit an estimated US$120 million, according to the Foreign Investment Agency under the Ministry of Planning and Investment.
— Viet Nam News

Hanoi reports 6.99 percent GDP growth in Q1
Hanoi has recorded a GDP growth rate of 6.99 percent in the first quarter of this year, equivalent to the same period in 2018, it was reported at a meeting of the municipal People’s Committee on March 26.
— VNA NET

Good governance recommended to promote new global conservation standard
Since the establishment of Cúc Phuong National Park in 1962, Vi?t Nam’s Government has devoted huge efforts to developing a system of protected and conserved areas, experts from the International Union for Conservation of Nature (IUCN) announced at a workshop on Tuesday in Hà N?i.
— Viet Nam News

Vietnam, US review cooperation in settling war consequences
Vietnam and the US have reviewed their cooperation in dealing with the consequences of war during a conference in Washington DC on March 26, which was jointly held by the National Steering Committee on the Settlement of Post-war Unexploded Ordnance and Toxic Chemical Consequences (Office 701) and the US Institute of Peace (USIP).
— VNA NET

Narrowing digital divide: a focus of Viet Nam
The Ministry of Industry and Trade plans to enhance the application of e-commerce with the aim of narrowing the digital divide, an official said at the Viet Nam Online Business Forum 2019 held on Tuesday in Ha Noi.
— Bizhub

Joint Patrols Highlight Vietnam-Cambodia Maritime Ties
The latest iteration of the interaction offered a window into an aspect of the bilateral defense relationship.
— The Diplomat

Vietnam tries to keep swine fever out of south
Vietnam is scrambling to prevent the deadly African swine fever (ASF) from reaching the southern part of the country.
— Asia Times

FDI reaches nearly $11 billion in three months
Foreign direct investment (FDI) commitments in the first quarter of the year reached a three-year record of US$10.8 billion, up 86.2 per cent year-on-year, according to the Foreign Investment Agency (FIA).
— Viet Nam News

Narrowing digital divide: a focus of Vietnam
The Ministry of Industry and Trade plans to enhance the application of e-commerce with the aim of narrowing the digital divide, an official said at the Vietnam Online Business Forum 2019 held in Hanoi on March 26.
— VNA NET

VN sees rice export opportunity to Egypt
Vietnamese enterprises see a chance to export 20,000 tonnes of rice to Egypt, according to the Ministry of Industry and Trade’s Import-Export Department.
— Viet Nam News

Chatbot in FB draws strategic investors
The first strategic start-up investment deal in promoting a chatbot application in food & beverage (F&B), GonJOY, was signed on Tuesday between EM AND AI joint-stock company and an investor from Spain worth US$500,000.
— Viet Nam News

Committee for Management of State Capital is not a capital trading institution
The function of the Committee for Management of State Capital (CMSC) is not capital trading but to manage and develop State capital in enterprises, said Deputy Prime Minister Vuong Dinh Hue at the working session with the CMSC on March 26.
— Nhan Dan Online

Narrowing digital divide: a focus of Vi?t Nam
The Ministry of Industry and Trade plans to enhance the application of e-commerce with the aim of narrowing the digital divide, an official said at the Vi?t Nam Online Business Forum 2019 held on Tuesday in Hà N?i.
— Viet Nam News