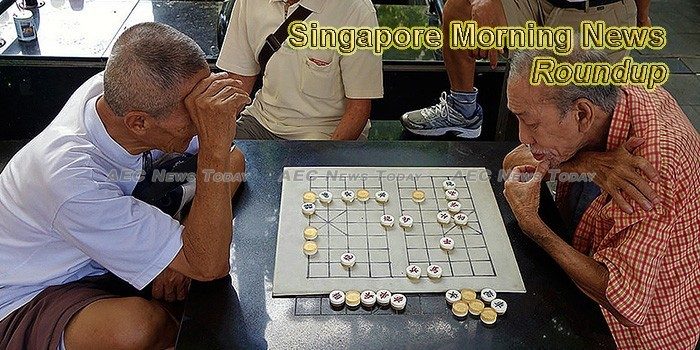 Malaysia could have to pay over $200 million compensation to Singapore for scrapping railway plan
Singapore will try to recover costs incurred for a rail project with Malaysia, which have exceeded 250 million Singapore dollars ($184 million) and are still growing, if the new government in Kuala Lumpur confirms it has cancelled the project, officials said on July 9, both Reuters and Bloomberg News reported.
— Investine

EY set to launch Singapore innovation centre by Q4
EY will launch its wavespace brand of innovation centres across the Asia Pacific region starting with Hong Kong, followed by Shanghai, and then Singapore by the fourth quarter of 2018.
— Channel News Asia

Groups Call for Attention to Scientists’ Warning on Population
Sustainable population organizations across the globe are calling on their governments to take action in response to a warning from 15,000 scientists last November regarding worsening environmental crisis. World Population Balance is among the groups calling for action on World Population Day 2018.
— PR News Wire (media release)

Views from Singapore: Somethings I learnt from running around Singapore
So, I am in Singapore as part of the African Journalist Visit Programme (AJVP) organised by the Ministry of Trade and Industry (MTI) in Singapore and Enterprise Singapore.
— Business Day

Mapletree Logistics Trust could recover through warehouse purchase
Its tenancy risk has risen in the near-term.
— Singapore Business Review

Singapore shares up 1.2% on Monday
SINGAPORE shares closed higher on Monday, with the Straits Times Index (STI) up 1.2 per cent or 37 points to 3,228.82, and above the psychological 3,200 support
— The Business Times

For China, Tech Giant Tencent Is Both a National Champion and a Threat
The WeChat smartphone app’s ubiquity in China is creating a new challenge for its creator, Tencent Holdings Ltd.: heightened scrutiny from Beijing.
— The Wall Street Journal

No link between funding of HSR project and decision to raise GST: Lawrence Wong
The Government’s coffers will not be affected should the Kuala Lumpur-Singapore High Speed Rail (HSR) project be terminated, said Second Minister for Finance Lawrence Wong on Monday (July 9).
— TodayOnline

Parliament addresses HSR, water issue and ties with M’sia: Latest
Parliament reconvened on Monday (July 9). Several questions were tabled on Singapore’s bilateral relationship with Malaysia, as well as the status of the proposed high-speed rail (HSR) project between the two countries.
— TodayOnline

Three charts that help explain Singapore’s new property curbs
The Government imposed cooling measures on its property market last week, in a bid to contain what the central bank described as “euphoria” in the sector.
— TodayOnline

Nissan admits falsifying emissions tests in Japan
Nissan has admitted that it has uncovered falsified data from car exhaust emissions tests at most of its Japanese factories.
— BBC

HDB looking at expanding use of floating system for solar panels in open sea
HDB has announced that it will be signing a research collaboration with a landscaping firm in the coming week for the study and development of a floating solar system for coastal marine conditions.
— The Straits Times

Singapore has already spent S$250m on HSR project; to lay out S$40m more by December: Khaw Boon Wan in Parliament
SINGAPORE has already spent more than S$250 million on the Kuala Lumpur-Singapore high-speed rail (HSR) project, and is likely to expend another S$40 million or so by year-end, Transport Minister Khaw Boon Wan revealed in Parliament on Monday.
— The Business Times

Xiaomi: investors ‘can’t understand the company’
Why did China smartphone firm Xiaomi have such a disappointing debut on the Hong Kong stock exchange?
— BBC World Service